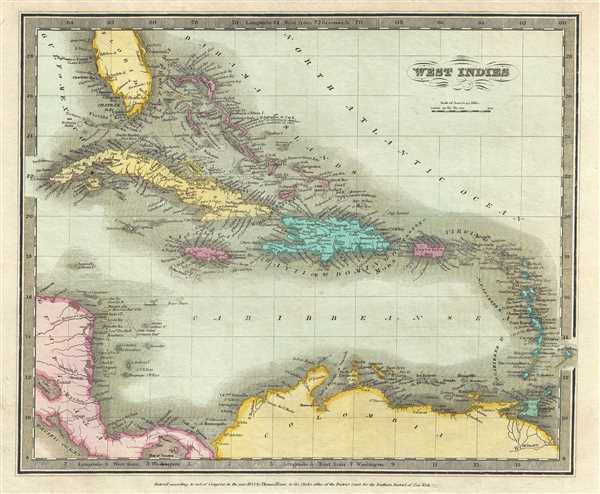 First edition of Burr's map of the West Indies.

This is a detailed first edition map of the West Indies issued by David H. Burr. Centered on the island of Hispaniola (Santo Domingo), it covers the Caribbean from southern Florida, south as far as the Gulf of Panama and the Spanish Main, and east to Barbados and the Lesser Antilles. The Bahamas (Bahamas Islands), parts of Honduras, the Panama Bay, Guatemala and Nicaragua are also included. The map identifies the Island of Guanhani or Cat Island, in the Bahamas, the ‘first land discovered by Columbus in America upon this Island, he landed Oct. 12 1492.’ Towns, rivers, mountains and various other important topographical details are noted. Elevation throughout is rendered by hachure and political and regional territories are color-coded.