1827 Finley Map of the West Indies, Caribbean, and Antilles 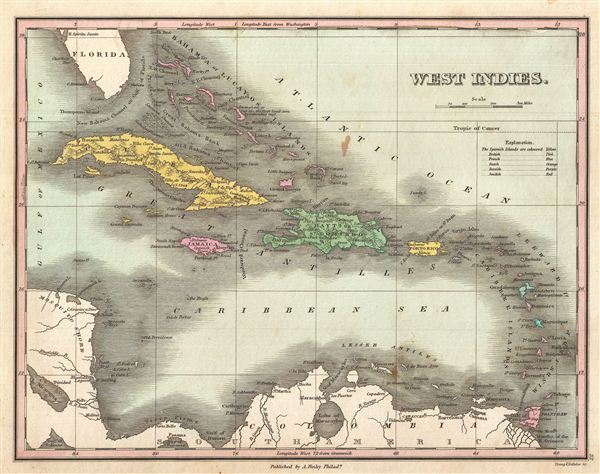 1827 Finley Map of the West Indies, Caribbean, and Antilles

This is Finley's desirable 1827 map of the West Indies and Caribbean. Shows the Greater and Lesser Antilles as well as the Bahamas and portions of the Spanish Main. Islands are color coded according to their European claimants. Shows cities, forts, bays, rivers, roads, and some topographical features. It the Bahamas, Finley identifies 'Guanaham' or 'Cat Isle,' the first land in the America to be sighted by Columbus. Mile scales and title in upper right quadrant. Engraved by Young and Delleker for the 1827 edition of Anthony Finley's General Atlas.