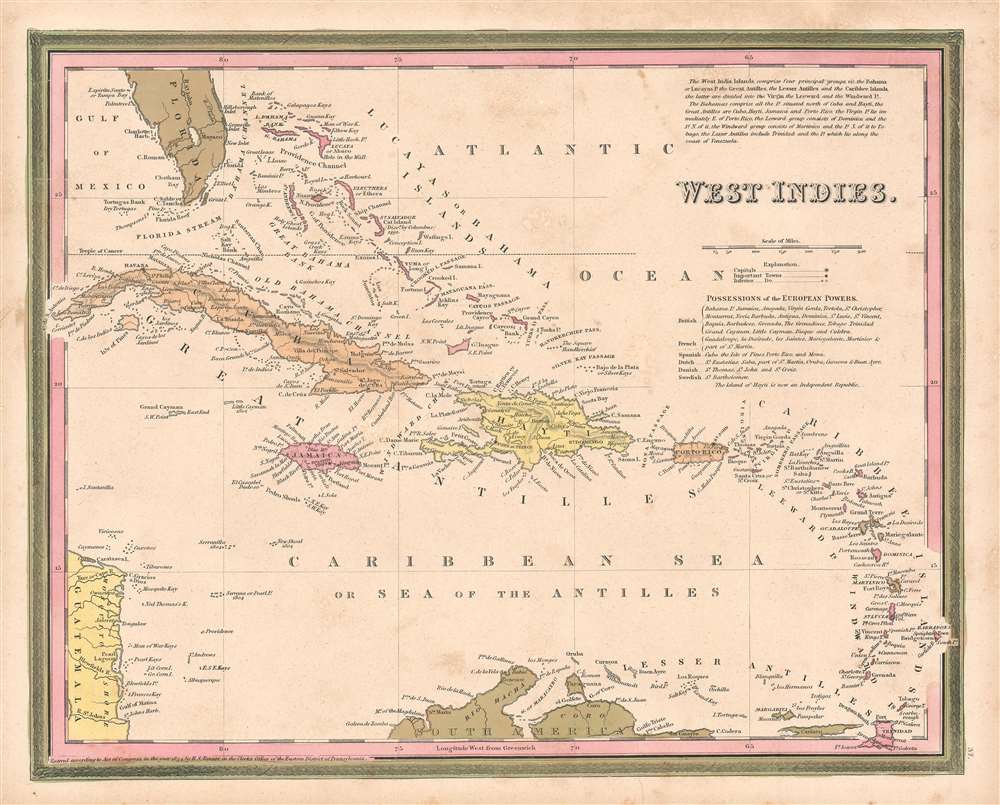 This is a first edition 1846 Samuel Augustus Mitchell map of the West Indies. The map depicts the region from Florida and the Bahamas to northern part of South America and from Guatemala and western Cuba to the 'Caribee Islands,' the Winward and Leeward Islands. Each individual island is identified, and cities and towns are labeled throughout. Points, bays, and other coastal features are also labeled. A list just below the scale entitled 'possessions of the European Powers' groups the islands together by whichever colonial power 'possessed' them at the time. It does note, however, the Haiti was an independent republic. The whole is engraved and colored in Mitchell's distinctive style with green border work and vivid pastels.

This map was published by Mitchell in the 1846 edition of his New Universal Atlas. This is the only edition to bear the Tanner copyright imprint in the lower left corner. It would be removed for the second edition of Mitchell's atlas which was published later in 1846.

Very good. Minor foxing and toning. Light soiling. Blank on verso.
Looking for a high-resolution scan of this?