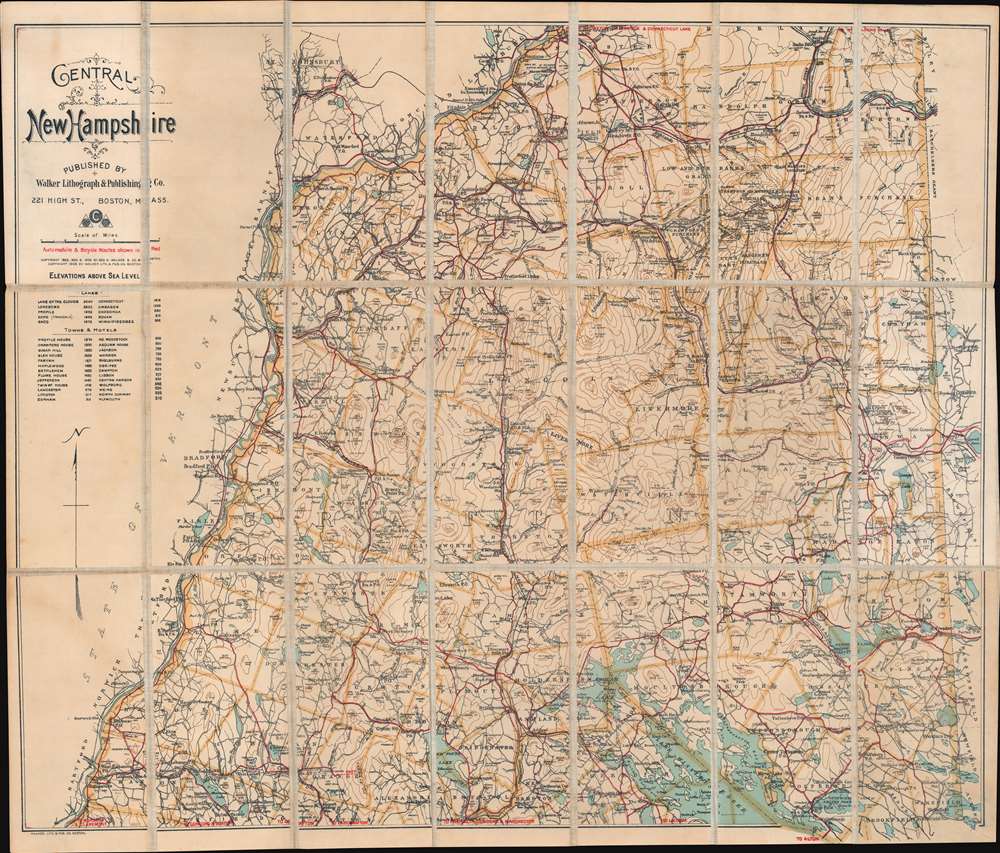 Detailed map of the White Mountain region in New Hampshire.
$200.00

This is a 1908 George H. Walker map of the beautiful White Mountains region of central New Hampshire. The map was issued at the height of the Naturalist Movement and the White Mountains Gilded Age - a period when nature lovers flocked to places like the White Mountains, the Adirondacks, and Mount Desert Island to be closer to nature (and thus god).

Coverage extends rom the Vermont/New Hampshire state line to the Maine/New Hampshire border and from Berlin, New Hampshire to Lake Winnipesaukee (Winnipiseogee). Townships are illustrated and labeled. Clearly drawn with the recreational traveler in mind, 'automobile and bicycle routes' snake across the map in red ink. Several different railroads, including the Boston and Maine and the Maine Central, are also depicted. Lakes dot the map and Lake Winnipesaukee dominates the bottom border. Topography is illustrated by hachure. Elevations are labeled, with the summits of certain mountains included.

This map was produced by George H. Walker and Company in Boston in 1908. Walker began publishing editions of this map as early as 1893 and per this map and published subsequent editions in 1903 and 1905. Two examples of the 1908 edition are cataloged in OCLC and are part of the collections at Keene State College and Dartmouth College.

Very good. Dissected and mounted on linen in twenty-one (21) panels. Some toning.