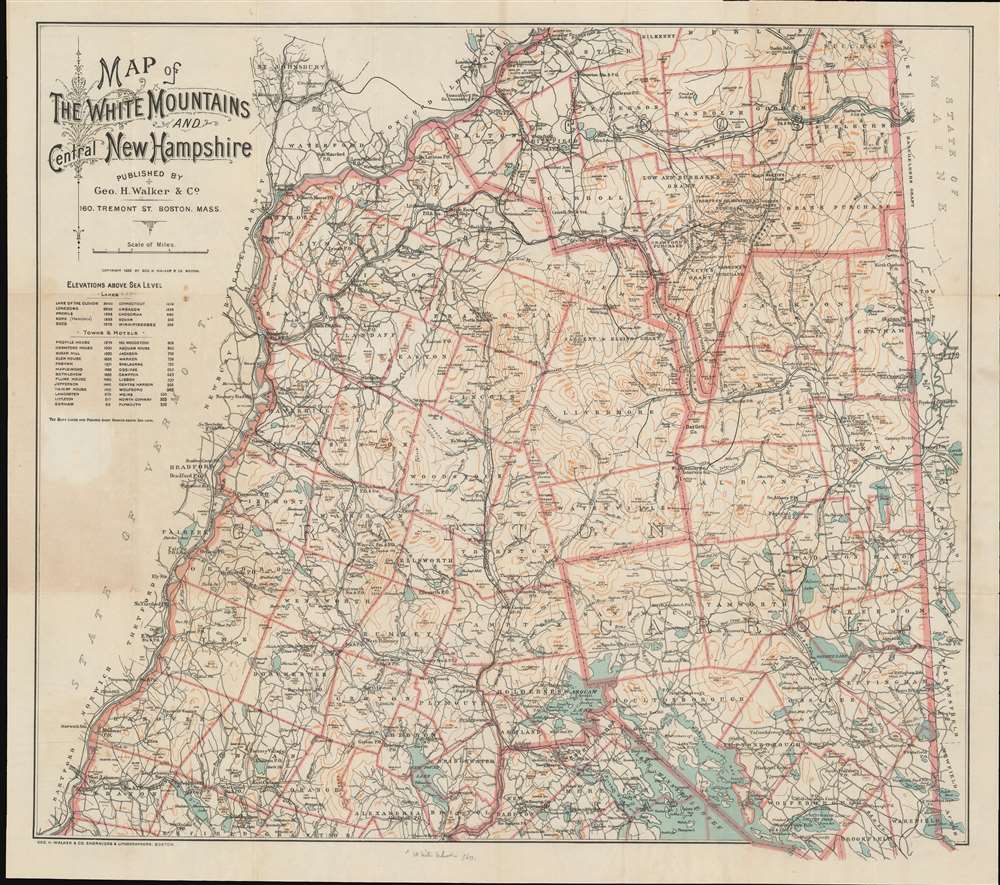 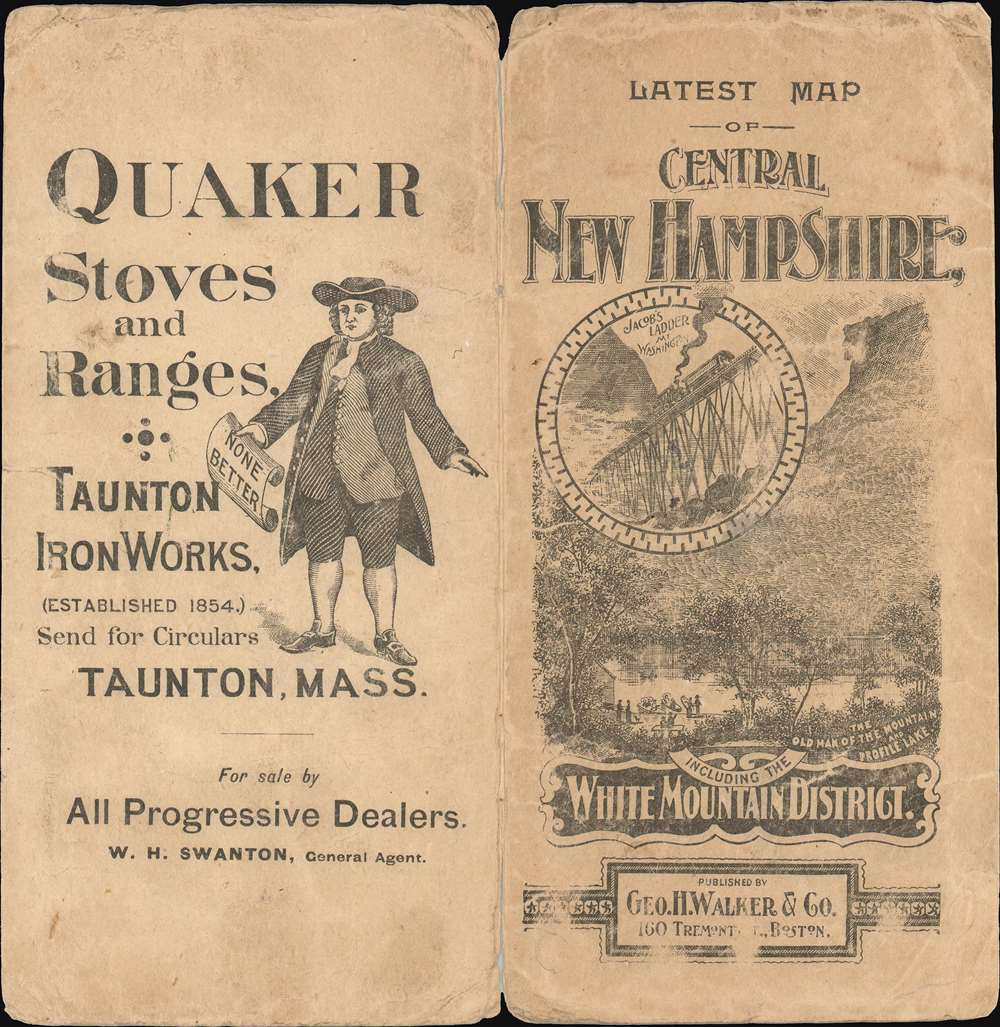 This is a scarce 1893 George H. Walker tourist map of the White Mountains and central New Hampshire. Walker depicts the region from Vermont to Maine and from Lancaster to Lake Winnipesaukee. Townships are outlined in orange and identified, along with purchases, grants, and other locations, many of which are still recognized. Some include Thompson and Meserve's Purchase, Sargent's Purchase, and Crawford's Purchase, as well as the Sargent and Elkins Grant, Low and Burbank's Grant, and Green's Grant. Towns are labeled throughout, many of which highlight the presence of post offices and railroad stations. The Maine Central Railroad, the Boston, Concord, and Montreal Railroad and the Concord and Montreal Railroad traverse this area of New Hampshire, allowing for an ease of access into the region never before possible.

Tourism in the White Mountains

Tourism in the White Mountains began as early as the 1820s, when the region's scenery began to draw people out of the cities. The advent of railroads further encouraged travel into the area, and naturalist and realist writers, like Walt Whitman and his contemporaries, demystified the outdoors. They also changed public perception of the outdoors from wild and foreboding to welcoming and calming. By the late 19th century, when this map was published, there was a thriving summer resort industry in the White Mountains.

This map was created and published by George H. Walker in 1893. Five examples are cataloged in the OCLC and are part of the institutional collection at Yale University, Harvard College, the Peabody Essex Museum, Dartmouth College, and Plymouth State University. Scarce to the market.