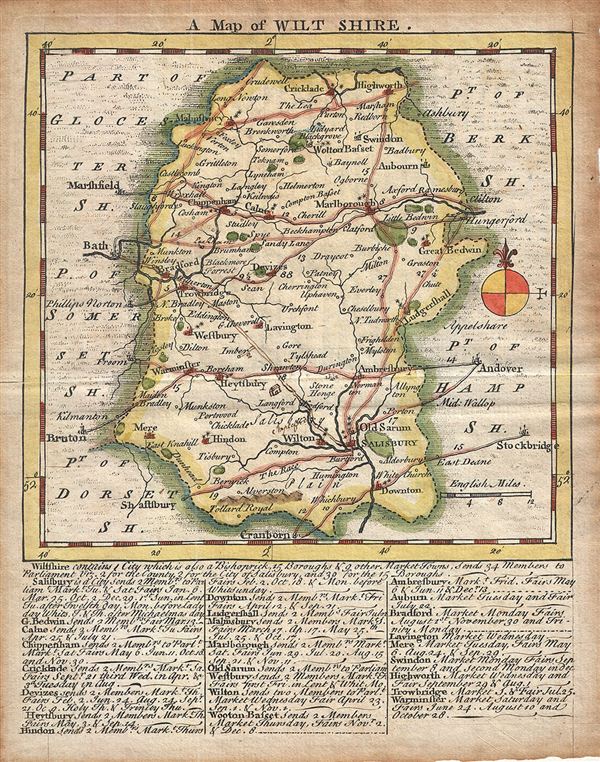 This is a scarce 1749 example of Thomas Kitchin and Thomas Jefferys map of the County of Wiltshire, England. It features a detailed map of the County of Wilts or Wiltshire in elaborate detail including the city of Salisbury. Several roads, rivers, towns, forests, hills and various other topographical details are included. Detailed information about Wiltshire and its towns' markets and fairs is included along the bottom of the map. The town of Old Sarum and Salisbury (a site famous for the prehistoric monument of Stonehenge) is noted here. The verso features a beautiful and lengthy manuscript annotation describing the region. Issued by Kitchin and Jefferys in 1749.