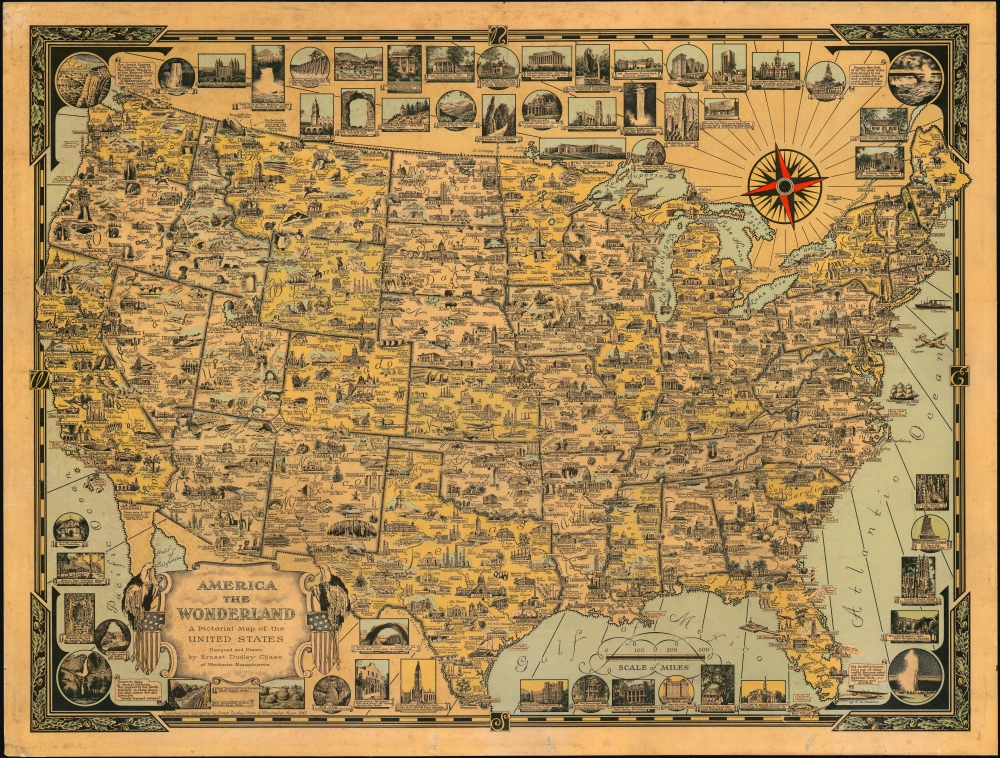 This is a 1941 Ernest Dudley Chase pictorial map of the continental United States. Pictorial 'icons' fill the country from coast to coast and highlight American industry, culture, natural wonders, and resources.

Each state's capitol building marks the state capital and banners mark cities and towns across each state. Wildlife including bison, bighorn sheep, bears, and deer appear alongside livestock. National parks merit lavish illustrations, including the Grand Canyon, Arches, Yellowstone, Grand Teton, Yosemite, and Mt. Rainier. Fifty-two vignettes encircle the map and continue the appreciation for the United States' natural beauty as well as its architectural and cultural achievements, such as the Lincoln Memorial, Rockefeller Center, and the Field Museum.

This map was created and published by Ernest Dudley Chase in 1941. We note twelve examples in institutional collections and examples of different editions with varying color palettes appear on the market from time to time.