1840 Black Map of the World in Two Hemispheres 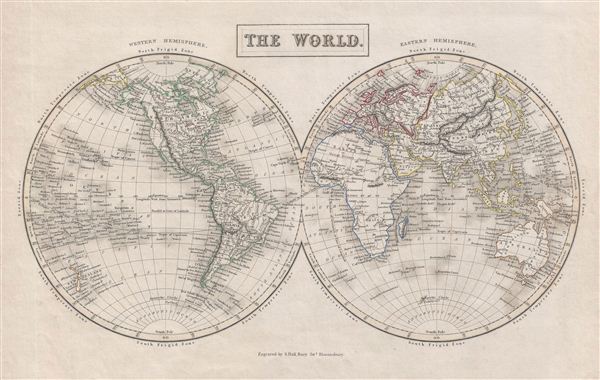 1840 Black Map of the World in Two Hemispheres

A fine example of Adam and Charles Black's 1840 map of the World in Two Hemispheres. The map offers a fascinating snapshot of the world during a period of rapid globalization and discovery. Africa, Australia and New Zealand are largely unmapped with coastlines accurately rendered. The Antarctic continent, first believed to be sighted in 1820, but neglected during the 19th century, does not appear on the map. This map was engraved by S. Hall for issue in the 1840 edition of Black's General Atlas.