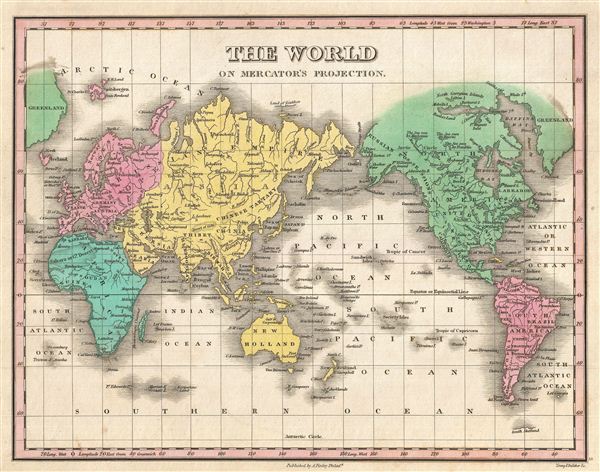 This is Finley's desirable 1827 map of the World. Covers the entire world on a Mercator Projection. Identifies deserts, rivers, many countries, and numerous cities. Color coded according to continent with Australia (New Holland) attached to Asia. Does not show Antarctica, but does identify South Shetland just north of the Arctic Circle. Engraved by Young and Delleker for the 1827 edition of Anthony Finley's General Atlas.