1828 Finley Map of the World on Mercator's Projection 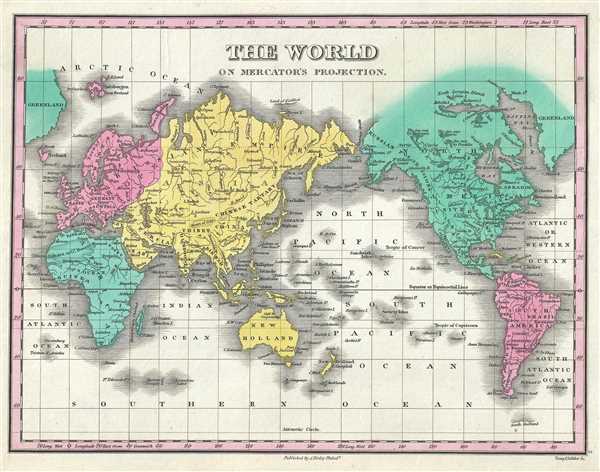 1828 Finley Map of the World on Mercator's Projection

Illustrates North America and Greenland as one large continent.
$250.00

This is an 1828 Anthony Finley map of the World. The map depicts the world on a Mercator Projection. Numerous countries and several cities are identified, although no national boundaries are illustrated. In all, more cities are labeled than countries. Myriad deserts and rivers are illustrated and labeled, including the Ganges, Yangtze, Mississippi, and Amazon. Color coded according to continent with Australia (New Holland) attached to Asia. Does not show Antarctica, but does identify South Shetland just north of the Arctic Circle.