1823 Tanner Map of the World on a Mercator Projection 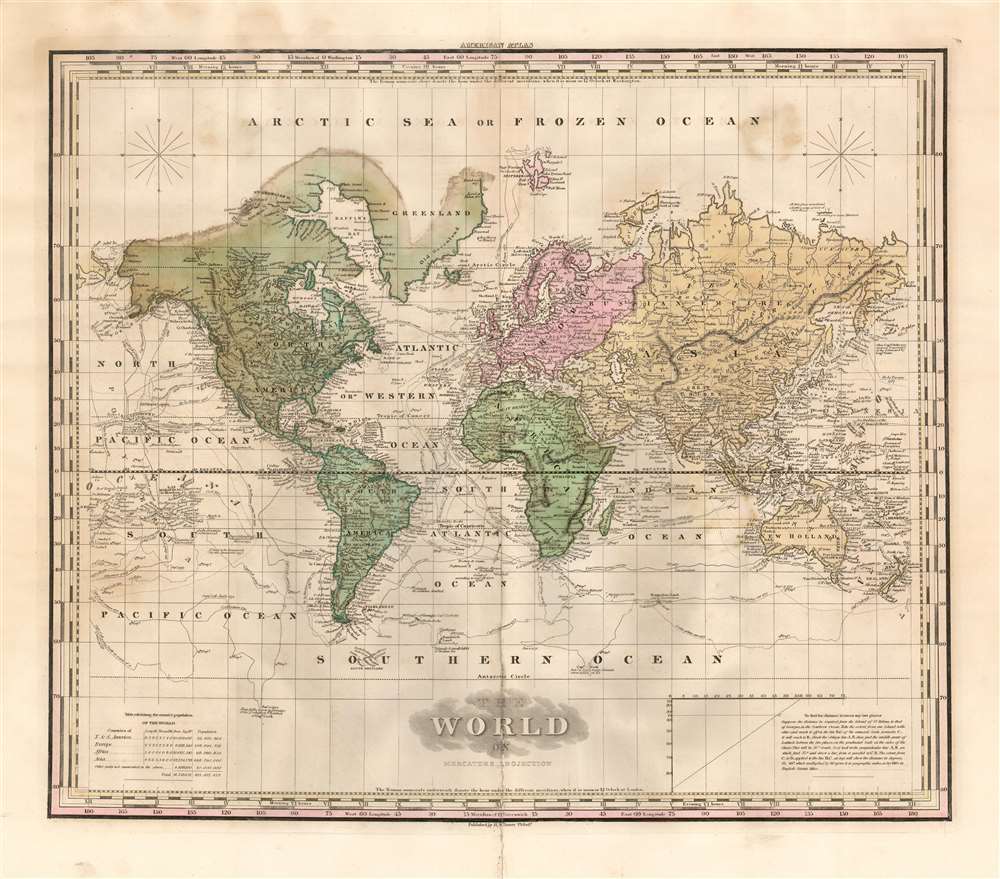 1823 Tanner Map of the World on a Mercator Projection

Traces the voyages of discovery of Cook, Vancouver and others - A first edition!
$950.00

This is an 1823 first edition Henry Shenk Tanner map of the world on Mercator's projection. The map depicts six of the seven continents, excluding Antarctica, stopping at the Antarctic Circle. Curiously, the only continent not illustrated in its entirety is North America. Its northern coastline simply blends into the 'Arctic Sea or Frozen Ocean'. The northern coastline of Greenland is also missing, highlighting that Arctic exploration remained in its infancy. The northern coast of Russia is nonetheless depicted fully. Cities throughout the world appear, including New York, Boston, Washington D.C., Havana (Havanna), Veracruz, London, Paris, and Madrid. The routes taken by 18th century explorers wind their way across the world's oceans and trace the voyages of many, including those of Captains Cook, Vancouver, and Perouse.

This map was created and published by Henry Shenk Tanner in 1823 for the first edition of his A New American Atlas.