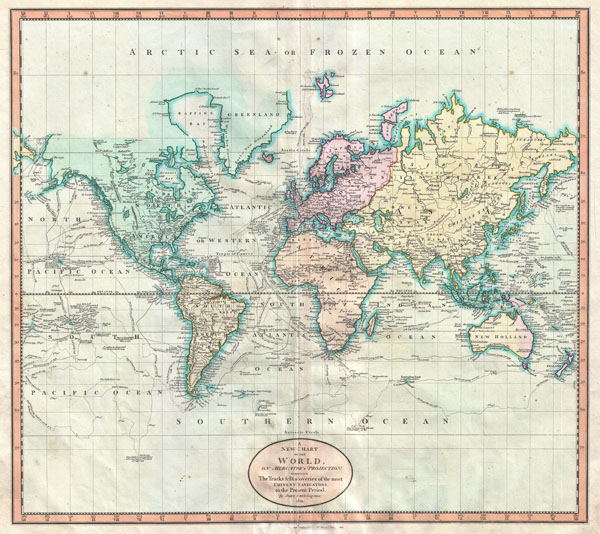 John Cary's wonderful 1801 Map of the World on Mercator's Projection. Details the entire world as it was known at the turn of the 19th century. Displays the continents in considerable detail but offers only minimal information in the Arctic and Antarctic latitudes. Designed to illustrate the explorations of the previous century, focusing specifically on the important explorations of Cook, Vancouver, Perouse, and Gores. Offers copious notations on explorations and unconfirmed discoveries throughout. Prepared in 1801 by John Cary for issue in his magnificent 1808 New Universal Atlas.