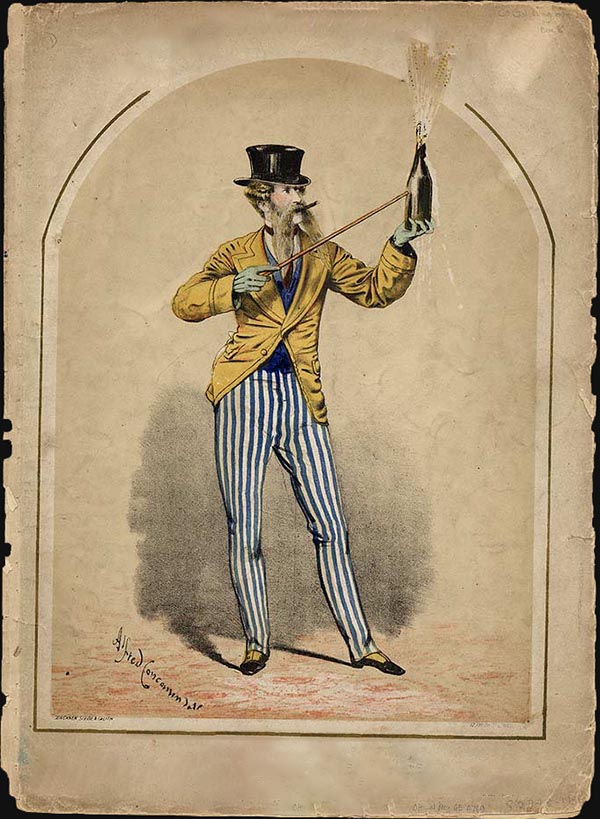 Alfred Concanen (May 1835 - December 10, 1886) was a British publisher and lithographer active in London, England, in the second half of the 19th century. Concanen was of Northern Irish stock from the Galway region, but was born in Nottingham, England. His father Edward John Concanen (1804 - 1868) was a noted 'engineering artist' and portraitist. It is unclear where Concanen learnt lithography, but it is likely that he was trained by his father. As early as 16, Concanen is recorded as working as an attorney's clerk. Concanen worked for several years with the Illustrated Sporting and Dramatic News. In the 1850s he partnered with Thomas Wales Lee (1833 - 1910) and Henry Herepath Siebe (1832 - 1887) publishing under the imprints of 'Concanen, Lee and Siebe' and 'Concanen, Siebe and Co.' Lee left the firm in February 1865 and Concanen himself in December 1866. He also began publishing on his own, issuing sheet music covers, in 1860. While Concanen is most famous for his sheet music and theater broadsides, he did dabble in chromolithograph 'seat of war' views in partnership with Stannard and Son from about 1870. Described as 'slight of build with a fair full moustache, something of a dandy, good natured, generous, a play copy of the lions comiques whom he immortalized in his lithographs.' His studio was located at 12, Frith Street, Soho, London. Concanen died suddenly in 1886 after a post-theater visit to a pub on the strand.