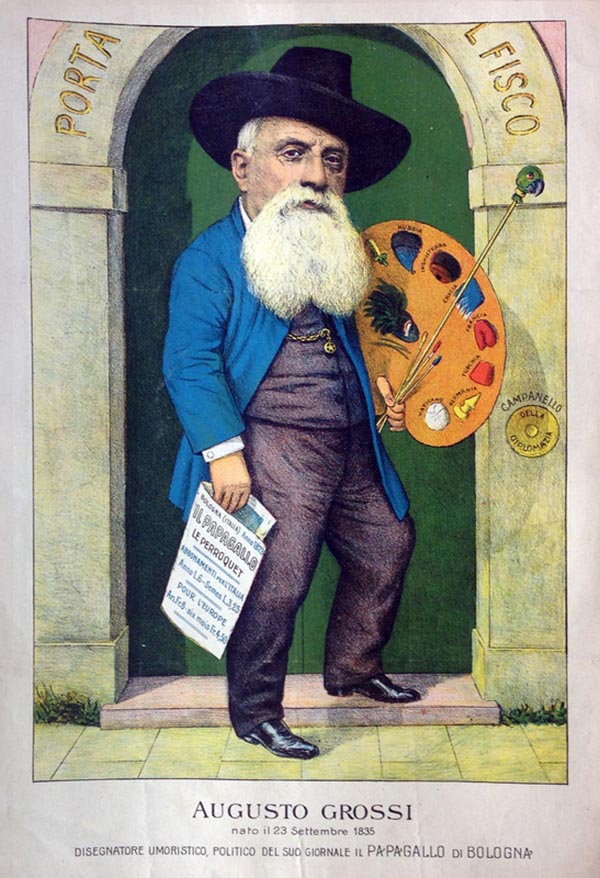 1878 Grossi Political Cartoon of Russia as Pantagruel Having Nightmares