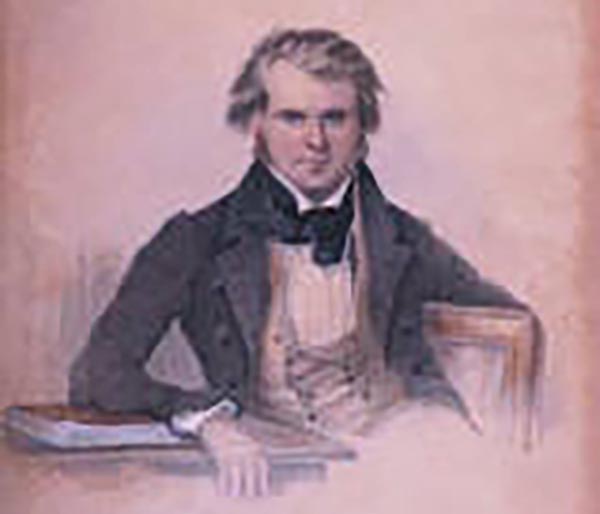 Washington Hood (February 2, 1808 – July 17, 1840) was American army officer in the Corps of Topographical Engineers. Hood was born in Philadelphia, Pennsylvania, the son of John McClellan Hood, a wholesale grocer. Hood attended West Point, from which he was the 500th graduate, matriculating with in the class of 1827. Between 1831 and 1846 he completed various topographical surveys in Missouri and Florida (Seminole Wars?). He next worked with Robert E. Lee measuring the Ohio-Michigan line. In 1836, Hood resigned his military commission to work as a private civil engineer. He spent much of 1837 in Cuba, where he performed railroad work. He rejoined the military as a Captain in 1838 and in that year produced his landmark map of Oregon territory. In 1839, President Van Buren sent him to survey the Oklahoma Shawnee lands between the Arkansas and Missouri River. During this assignment, he contracted an unknown illness from which he died less than a year later. A large archive of his important sketches and manuscripts are preserved at the Winterthur Library in Delaware and Beinecke Rare Book Library, at Yale.

1834 Hood Map of the Indian Lands in Okalahoma, Kansas, and Nebraska