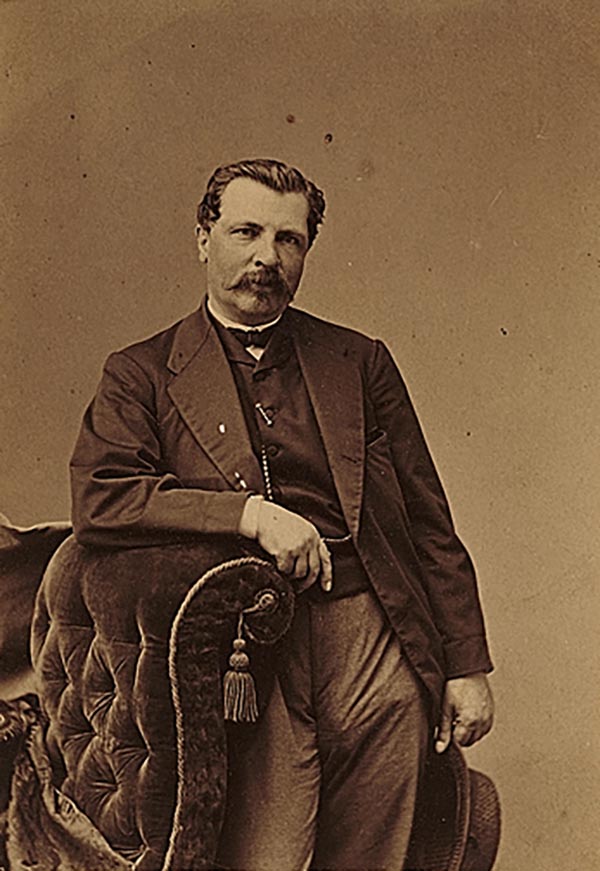 James Merritt Ives (March 5, 1824 - January 3, 1895) was an American businessman, bookkeeper, and lithographer who oversaw the business side of the famed lithographic firm Currier and Ives. Born in New York City, Ives was a self-trained artist who began working at the age of twelve. He married Caroline Clark (1827 - 1896) on June 24, 1846, who was the sister-in-law of Nathaniel Currier's brother, Charles Currier. In 1852, Nathaniel Currier (March 27, 1813 - November 20, 1888) hired Ives as the bookkeeper for his firm N. Currier, Lithographer, on Charles's recommendation. Ives' talent for art and his knowledge of the artistic world soon became apparent to Currier, who valued his insights as well as the business acumen. Currier offered Ives a full partnership in 1857. They renamed the firm 'Currier and Ives' with Ives as the general manager. Ives began to play a role in selecting artists and prints to publish, and was responsible for pursuing publication of scenes of middle-class America that made the firm famous. After Ives died in 1895, his sons continued to work with Currier's son to manage the firm until it was liquidated in 1907.