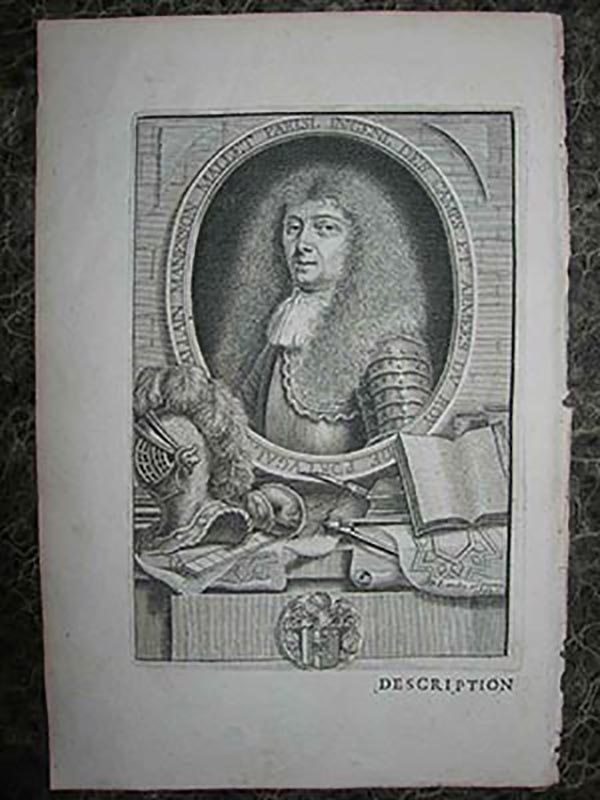 Alain Manesson Mallet (1630-1706) was a French cartographer, grammarian, engineer and mathematician, active in the mid to late 17th century. Despite being born in France, as a young man Mallet joined the Portuguese - yes Portuguese - army where he served as a Sergeant-Major. Later he was able to levy his war experience into a career as Inspector of Fortifications for Louis XIV of France. It was in this position, where his work entailed examining and sketching various fortresses, that Mallet developed his cartographic interests. His most important work is his monumental five volume opus Description de L'Univers, published in 1683. This impressive work described the cultures, governments, lands, and customs of all the known peoples of the earth and included numerous maps and engravings. At the time, the Description was the largest and most comprehensive work of its kind ever published. A year later, in 1684, he published his 3 volume Les Travaux de Mars ou l'Art de la Guerre. Mallet is also known for his invention of the "dumpy bubble", a telescopic sight incorporating a level bubble used for surveying and astronomical observations.

1683 Mallet Map of California as an Island