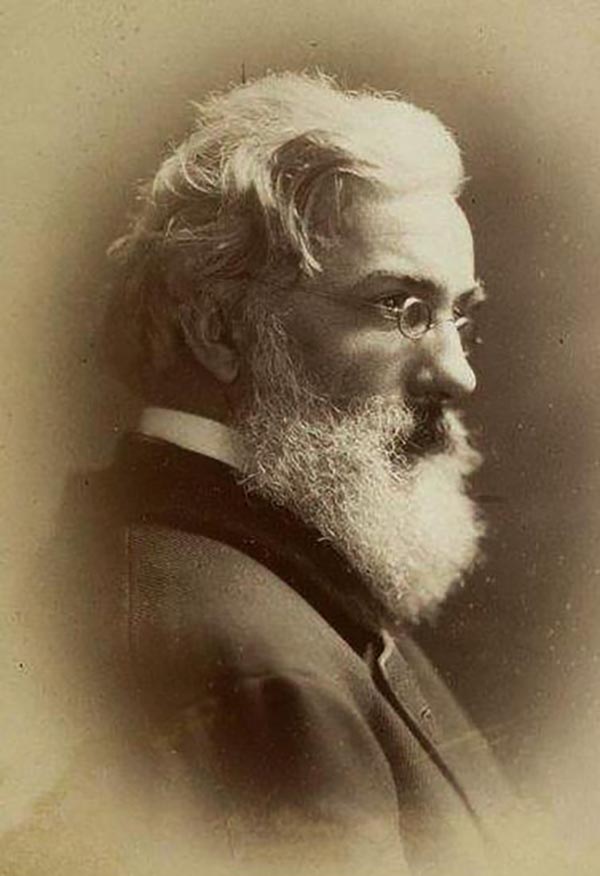 Ernst Georg Ravenstein (December 30, 1834 - March 13, 1913), also known as Ernest George was a German-English cartographer and geographer. Born in Frankfurt-am-Main, Germany, Ravenstein was the son of the German cartographer and publisher Friedrich August Ravenstein (1809 - 1881), founder of Ravenstein's Geographische Verlagsanstalt (1830 - 2001). Likely fleeing political instability in Germany, he emigrated to England in 1851 or 1852. Upon arrival he immediately became a pupil of Dr. August Heinrich Petermann, also a German exile in England. He subsequently became a naturalized British subject and worked in the topographical-statistical office of the British War Office from 1855 until 1875. He was a member of the Royal Statistical Society and the Royal Geographical Society, and held the position of Professor of Geography at Bedford College from 1882 - 1883. In 1902, the Royal Geographical Society awarded him the first Victoria Gold Medal. Ravenstien is best known for his groundbreaking 'Rules of Migration' a detailed study of human movement. After nearly 60 years abroad, Ravenstein returned to Germany, where he died on March 13, 1913 in Hofheim, just outside his native Frankfurt. Throughout Ernst's time in England, his younger brother Ludwig Ravenstein (1838 - 1915), ran the family business in Frankfurt.