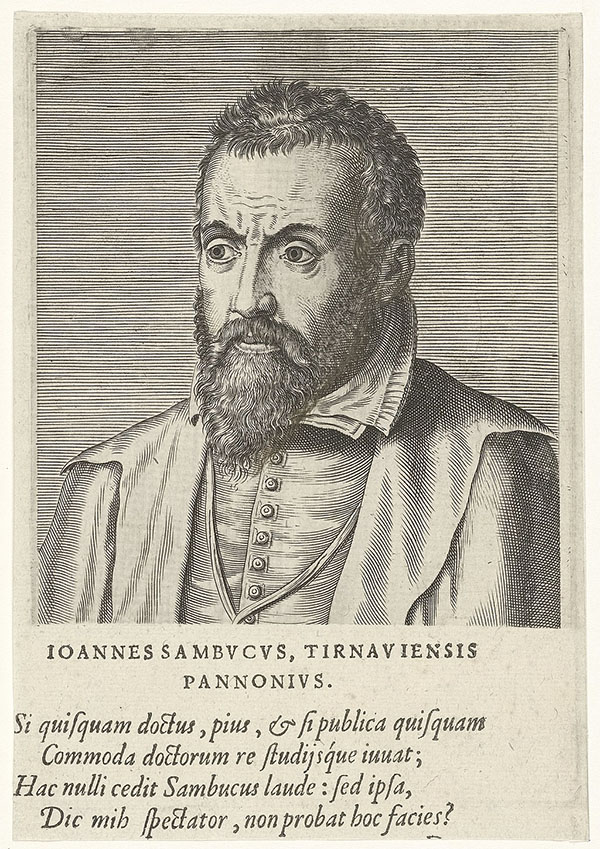 János Zsámboky, or Johannes Sambucus,(June 1, 1531 - June 13, 1584) was a Hungarian humanist polymath. He is best known for his emblem book, Emblemata cum aliquot nummis antiqui operis, published in five editions starting in 1564. He had studied in Vienna, but traveled broadly: he studied and worked in Leipzig, Wittenberg, Ingolstadt, Strasbourg, Paris, Venice, Padua, Genoa, Naples, Milan, Ghent, and Antwerp. He would be appointed court physician of Emperor Maximilian II, and prospered in that association, allowing him to amass wealth, influence, and an impressive library. His works included several maps - Hungary, Transylvania and Illyricum - which provided the basis for Abraham Ortelius' maps of those regions. Ortelius' decision to use Sambucus' maps speaks both to his influence, as well as a shared interest: Like Ortelius, Sambucus collected coins.