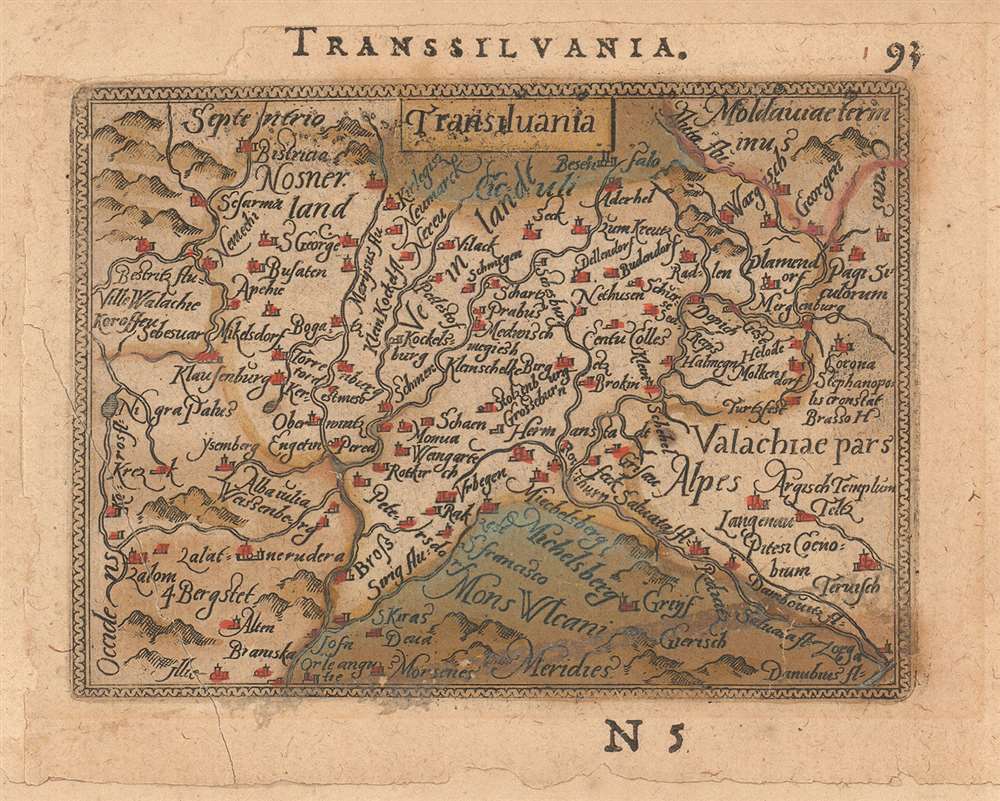 This is a miniature edition of Abraham Ortelius' 1595 map of Transylvania, in what is now central Romania: the map shows the region northwest of Bucharest (the city, which had not yet become the capital, is not named: it is overshadowed by Târgoviște (here in an archaic Germanized spelling Tervisch), then the capital of Walachia.) The full-size map appearing in Ortelius' 1570 Theatrum Orbis Terrarum was the first atlas map of the region. It was sourced from a Vienna map published in 1566 by Johannes Sambucus, and engraved by the Venetian engraver Michael Tramezzini (that map is unacquirable). Ortelius' Theatrum, the first modern atlas, proved popular, and his full-size atlas was sufficiently successful that demand was recognized for a smaller, less-expensive option to the original work, and several miniature, so-called Epitome atlases of Ortelius' work appeared in the late 16th and early 17th centuries.

This map was engraved for inclusion in Philip Galle's 1589 edition of Ortelius' Epitome, which was expanded and repaginated in 1595. The page number and catch letters of this example correspond to the 1595 edition. No examples of this edition appear in OCLC. The same plates were very likely reused in 1601 for a further edition of the Epitome published by Jan van Keerberghen and Michel Coignet. One example from this edition is catalogued by Harvard University. The map can be found on the market from time to time.