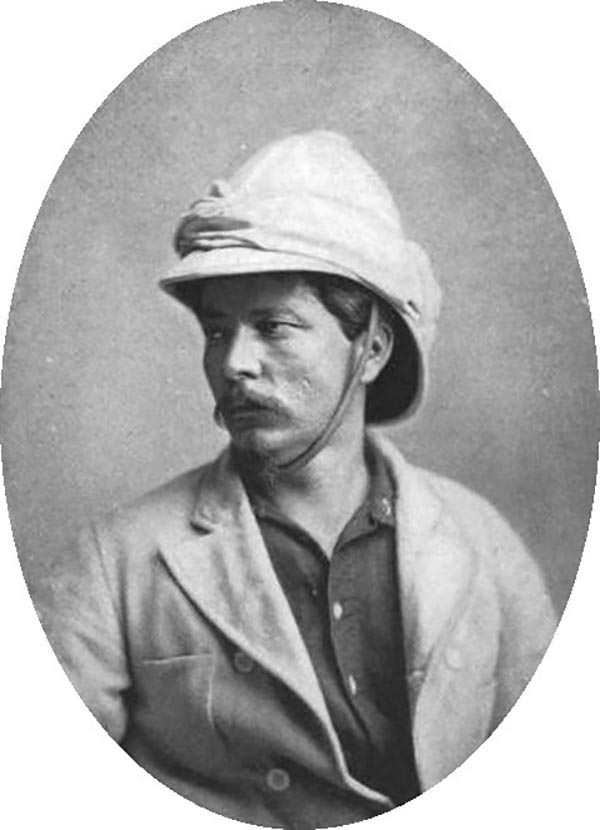 Sir Henry Morton Stanley (January 28, 1841 - May 10, 1904) was a British journalist and explorer and a seminal figure in the history of exploration for which we can offer only a cursory treatment here. Stanley is renowned for his explorations of central Africa, locating the missionary and explorer David Livingstone, and his search for the source of the Nile. Born in Wales, Stanley was the illegitimate son of an 18 year old woman and an unknown man, saddling him with the burden of illegitimacy throughout his life. Rowlands moved to the United States in 1859, where he adopted the name Henry Morton Stanley under unclear circumstances. Stanley fought on both sides of the American Civil War and also served in the Union Navy, possibly the only man to serve in all three. After the war, Stanley became a foreign correspondent for the New York Herald, for which he traveled the world, writing stories about his explorations for the paper.