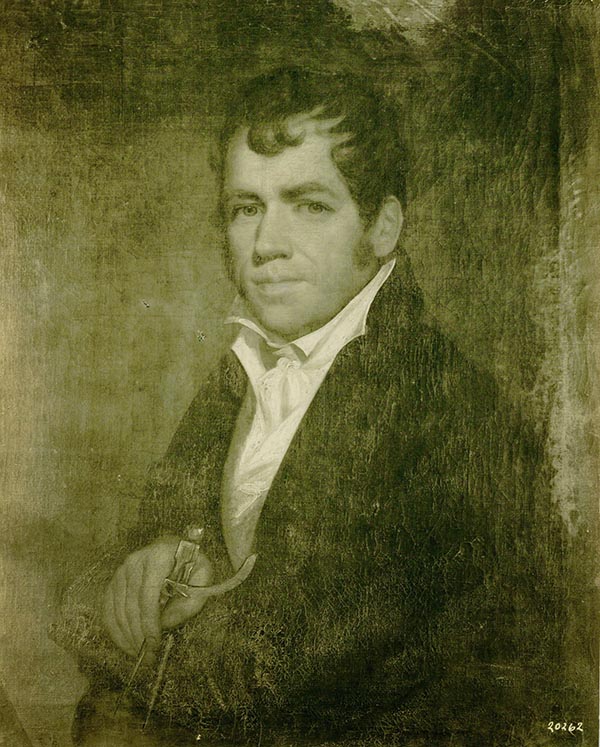 John Vallance (1770 – June 14, 1823) was a Philadelphia based engraver active in the late 18th and early 19th centuries. Vallance was born in Glasgow, Scotland. Some scholars claim he apprenticed under Philadelphia engraver James Trenchard, but the dates don't work, as Vallance moved to the United States at 21, already an master engraver. At 21, in the year 1791, Vallance moved to Philadelphia and immediately partnered with James Thacakara, his wife's (a Trenchard?) uncle, establishing the imprint of Thackara and Vallance. The firm completed numerous significant cartographic projects, including maps for Andrew Ellicott, John Melish, Henry S. Tanner, and Reading Howell. Vallance later partnered with Henry Schenck Tanner (1786 - May 18, 1858) and Francis Kearney, forming Vallance, Kearney and Co. Vallance, working with Thackara, produced some of the most important early maps of Washington D.C., engraved early Continental Currencies, and worked on Dobson's Encyclopedia. In addition to his cartographic work, Vallance was also one of the f.ounding members of the Philadelphia based Association of Artists in America.