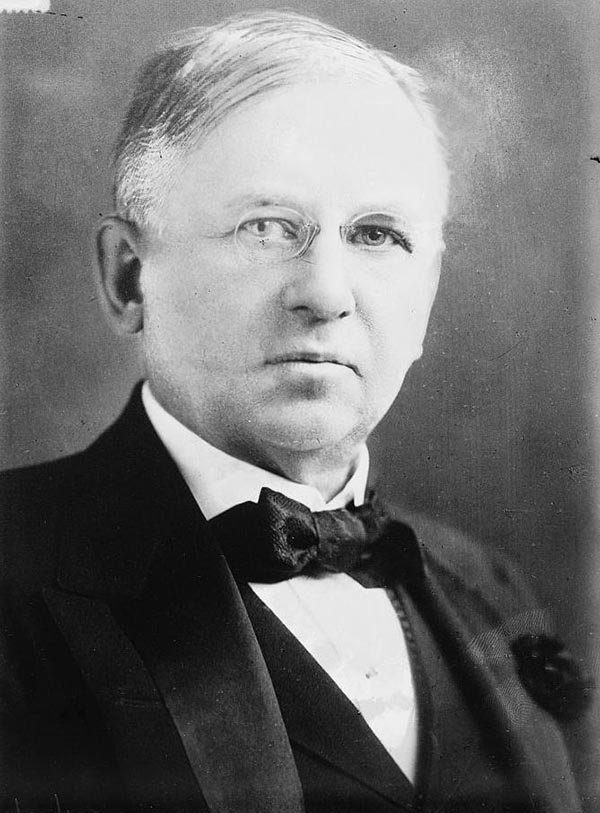 John Wanamaker (July 11, 1838 - December 12, 1922) was an American merchant and public figure, and a pioneer in advertising and marketing. Born in Philadelphia, Pennsylvania, he would found the famous department stores that carried his name. Later in life he served as U.S. Postmaster General during the term of President Benjamin Harrison, (1889 - 1893.) He opened his first, Philadelphia store - Oak Hall - in 1861; his second store opened in 1869, and this one would be named John Wanamaker and Co.; in 1875, he moved the growing business into an abandoned railroad depot and converted it into what is considered the first department store in Philadelphia. The 12-story Grand Depot, with its Grand Court, pipe organ, iconic Eagle statue, and holiday light shows became an institution. In 1896 Wanamaker expanded into New York City, taking over space that had been established by A. T Stewart. He expanded again into an adjacent, newly-built 14-story edifice which Wanamaker cannily had built with its 32 acres of retail space directly accessible via the new Astor Place subway station. A proponent of the power of advertising, he was the first retailer to place half and later full-page newspaper advertisements, eventually hiring the world's first full-time copywriter to fuel his circulars. The arrival of Wanamaker's stores in New York was spearheaded with a vigorous newspaper campaign, including the clever innovation of producing the first subway map intended for use by its ridership.