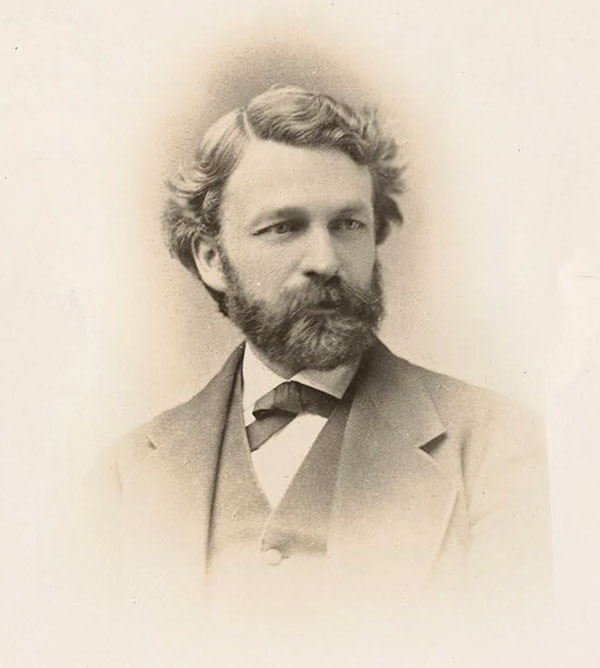 James Terry Gardiner (May 6, 1842 - September 10, 1912), sometimes spelled 'Gardner', was an American surveyor and engineer. Gardiner was born in Troy, New York. He studied at the nearby Rensselaer Polytechnic Institute, and afterwards at the Sheffield Scientific School. In 1863, he joined a childhood friend and geologist Clarence King (January 6, 1842 - December 24, 1901), to travel cross country on horseback to San Francisco - an intimidating and arduous journey. There he worked with the United States Army Corps of Engineers as a civilian assistant and participated in the construction of fortifications on at Fort Mason and Angel Island. From 1964 he worked with the California Geological survey under Josiah Whitney (November 23, 1819 - August 18, 1896). Under Whitney, and often accompanied by King, he embarked on a series of important surveys, including the first scientific survey of the Yosemite Valley and the High Sierra. In 1867 he joined the Fortieth Parallel Survey, led by his friend King. From 1872 - 1876 he was the chief topographer for the Hayden Survey. Afterwards he took a position as director of the State Survey in New York. Meanwhile, he became involved in the mining industry, writing a report on coal and iron in Colorado (1875); serving as vice-president of the coal companies belonging to the Erie Railroad; and becoming president of the Mexican Coke and Coal Company in 1899. With his father-in-law, Bishop William Croswell Doane, he helped establish the community of Northeast Harbor on Mount Desert Island, Maine. There he built a large summer home named, Ye Haven. It still stands today. Gardiner died in Northeast Harbor.