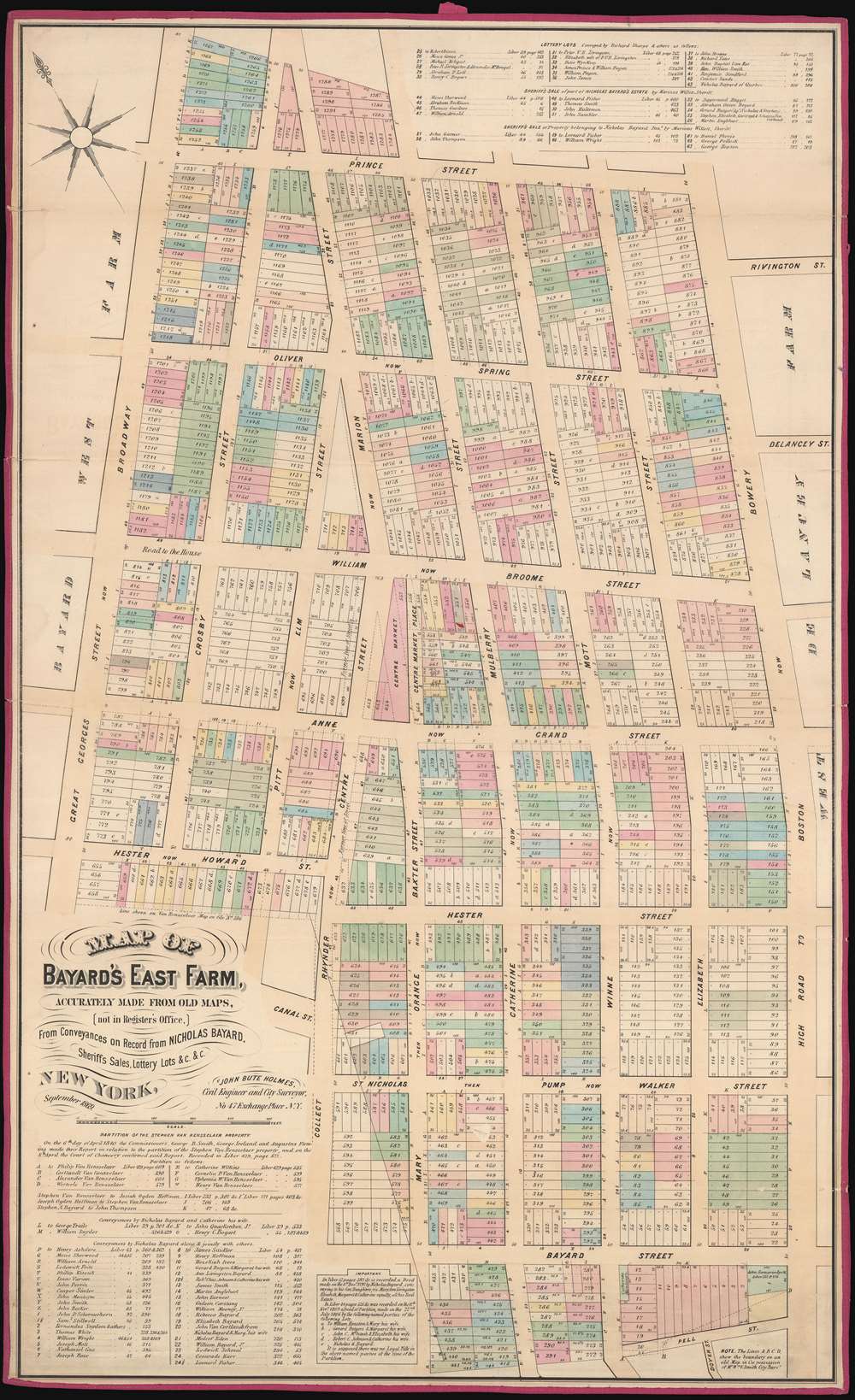 A wonderful map of Little Italy, Nolita, and part of Soho that traces the history of these neighborhoods.
$5,000.00

This is a John Bute Holmes 1869 cadastral map of modern day Little Italy and parts of the iconic neighborhoods of Nolita, Soho, and Chinatown in the borough of Manhattan in New York City - the only specific map of this area to appear in the 19th century. The map depicts the region from Broadway to Bowery and from Prince Street to Pell Street. Highly detailed, Holmes's map provides the viewer with a look at the neighborhood in 1869 and with an idea of how it developed. Streets area labeled, and Holmes provides both the former names of the streets and their current ones. Individual lots are identified by addresses, and those that fell victim to widening streets and a changing urban landscape are ghosted in using dashed lines.

Bayard's farm initially belonged to Colonel Nicholas Bayard (c. 1644 - 1707), who served as the 16th Mayor of New York City, and was the nephew of Peter Stuyvesant, the colonial governor of New Netherland before it was ceded to the British and renamed New York. Bayard acquired the land at some point in the 17th century and his family maintained possession of most of the land until at least the early 19th century, when it was broken into lots and sold. Aaron Burr was among those who purchased some of the land.

This map was created and published by John Bute Holmes in 1869. We are aware of three examples in institutional collections at Princeton, Harvard, and the New York State Library. Although uncatalogued, we believe that the New York Public Library also has an example.