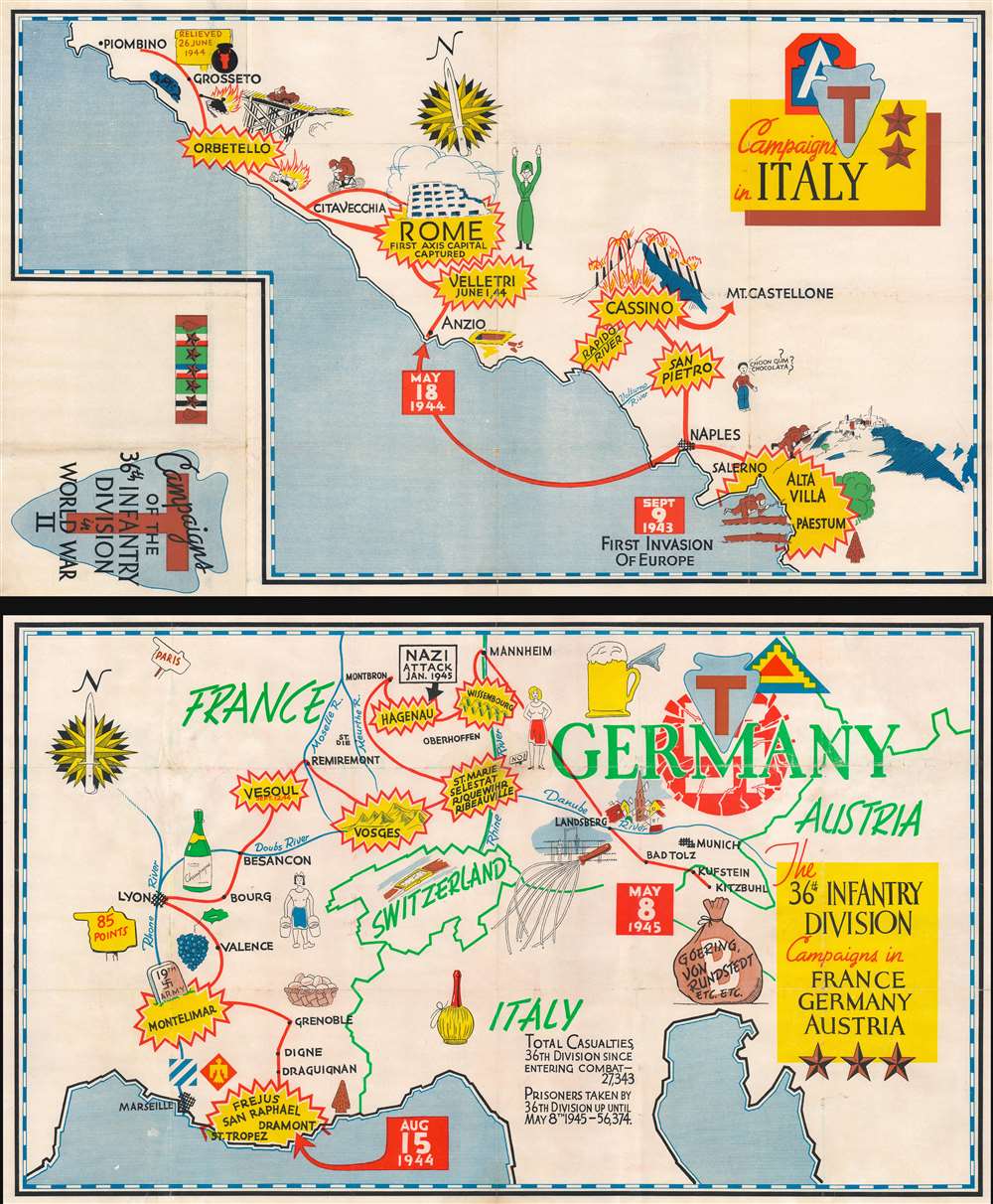 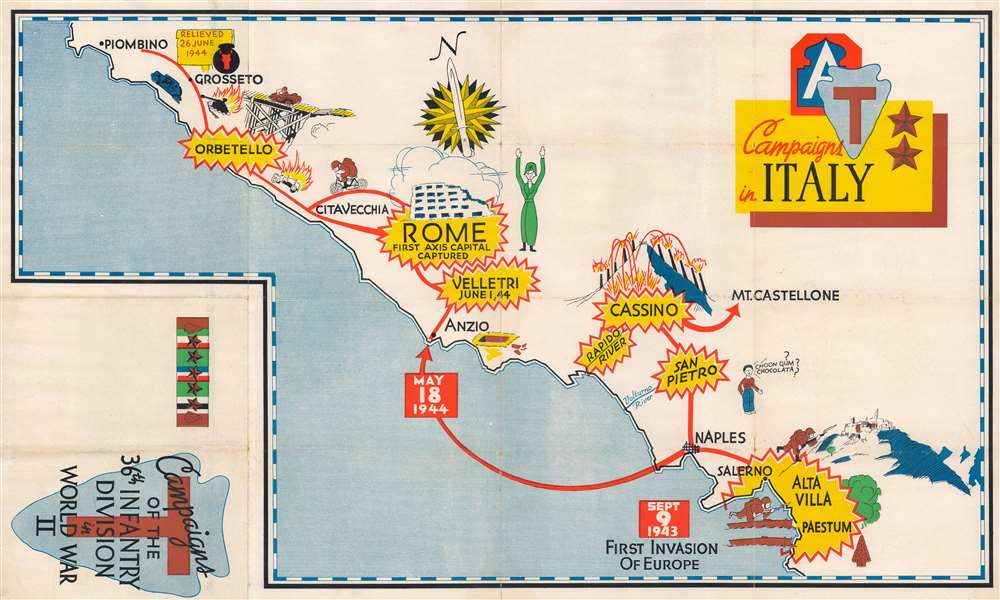 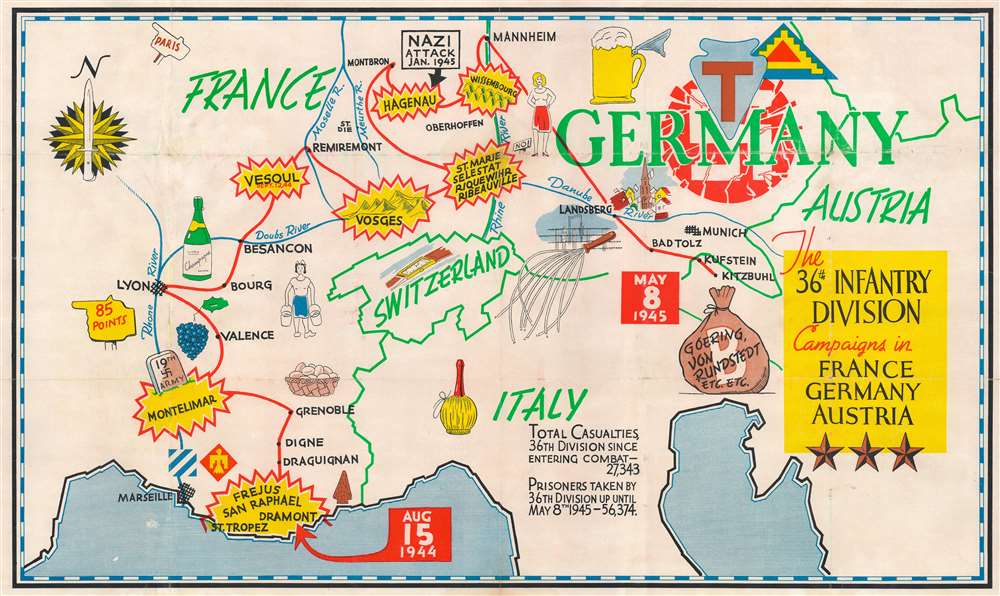 This is a set of two 1945 World War II pictorial route maps of Italy, France, Germany, and Austria following the 36th Infantry Division's progress during the conflict. Yellow and red bursts mark important battles, including Salerno, Rome, Vesoul, and Hagenau. Other pictorial elements reference life encountered along the way, such as children asking for chocolate and the wonder of French champagne.

The 36th Infantry in Italy

The first map commemorates the campaigns of the 36th Infantry Division follows the division from the Operation Avalanche landings at Salerno on September 9, 1943, until it was pulled off the line after reaching Piombino on June 26, 1944. While at Salerno, the division held six times the amount of front line a division is generally responsible for in the face of fierce German counterattacks. After Salerno, the 36th was pulled off the line for six weeks, the division advanced north, and captured a string of locations, including the village of San Pietro. After San Pietro the division faced harsh fighting along the Bernhardt Line and was harshly repulsed during a January 20 assault on the Gari River. The 36th was again pulled off the line on March 12. Then the 36th landed at Anzio on May 22, 1944, to take part in the breakout from the beachhead the following day, captured Velletri on June 1, and entered Rome on June 5, the day before the Normandy landings. The division then continued north and faced fierce resistance before finally reaching Piombino, where they were pulled off the line and sent to the rear.

The 36th Infantry in France, Germany, and Austria

The second map traces the division’s route from the Operation Dragoon landings in Provence through V-E Day. The division faced combat at Montelimar, Vesoul, Hagenau, and Wissembourg. A woman in Germany stands next to a sign that reads ‘NO!’ (a definite reference to the U.S. Army’s edict of non-fraternization, which, of course, was not always followed). An illustration of a cat o' nine tails references the attached battalions that had the ominous task of locating and securing the concentration camps around Landsberg. The bag just to the left of the title refers to the 36th Division accepting the surrender of Hermann Goering (the second most powerful man in Germany and the head of the Luftwaffe - the German air force) and Field Marshall Gerd von Rundstedt. Text in Italy recounts the divisions total casualties since entering combat (27,343) and the number of prisoners taken by the division as of May 8, 1945 (56,374).

Maps tracing unit movements during World War II were created by both American and British forces both during and after the war. As a genre, these maps represent a wide range of aesthetics, from the purely functional that label places and provide dates, to the artistic, even comic. Many combine the two and provide a visually striking but historically informative summary of the unit's peregrinations.