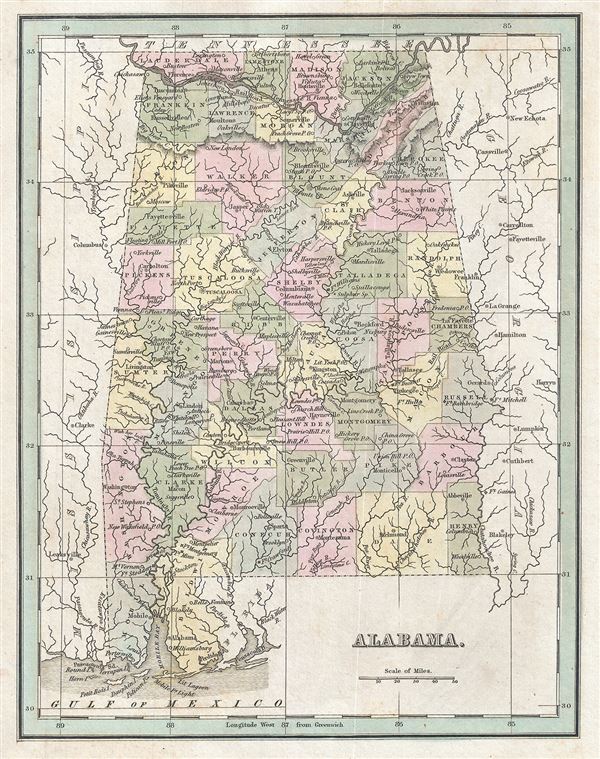 This is a fine 1835 map of Alabama by the important American mapmaker T. G. Bradford. It covers the state of Alabama as well as parts of neighboring Mississippi and Georgia. The map shows fine detail, noting rivers, lakes, towns, cities, islands, railways and mountains, with relief shown by hachure. Offers color coding at the county level.