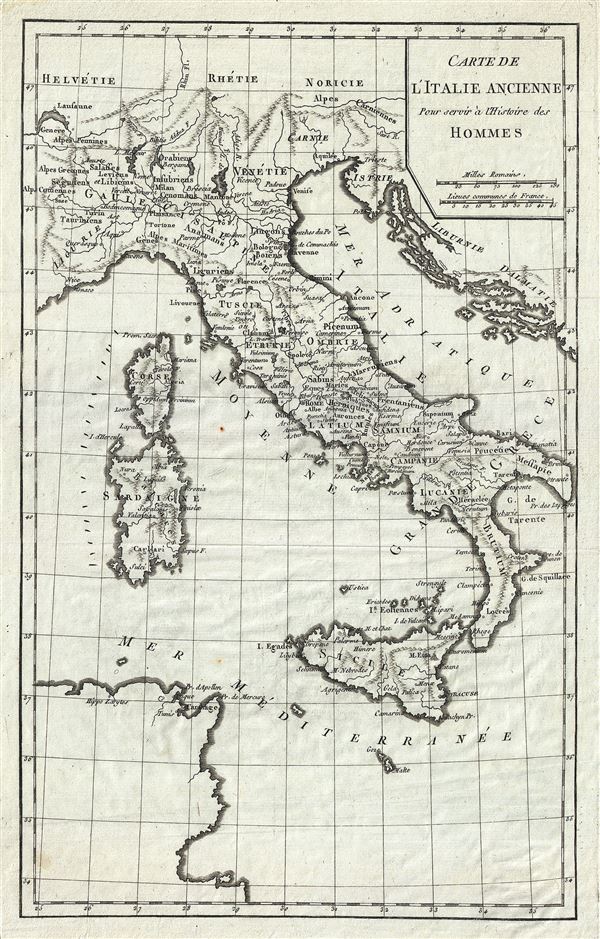 This is an uncommon 1770 map of Italy during ancient Roman times, by Jean- Baptiste-Claude Delisle de Sales. The map covers all of Italy in the days of the Roman Empire from Cisalpine Gaul to Sicily, including the islands of Corsica and Sardinia. Throughout, the map identifies various cities, towns, rivers and an assortment of additional topographical details. During the first centuries of the Imperial Rome, Italia was the territory of the city of Rome rather than a Roman Province. As such Italia enjoyed a special status such that the armies of military commanders were not allowed into the region.