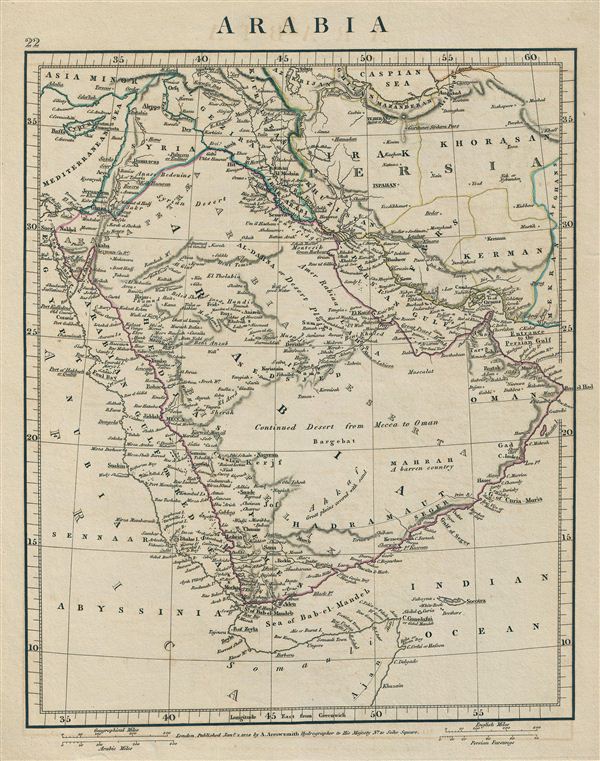 This is a rare example of Aaron Arrowsmith's 1828 map of Arabia. Centered on the Arabian Desert, the map covers from Caspian Sea and Syria to the Indian Ocean and Somalia. It shows Arabia and Parts of Persia, Syria and Kurdistan. The regional boundaries are colored and relief shown by hachures. Around this time in history, most of southeastern Europe, southwestern Asia, and North Africa was under the control of the Ottoman Empire. However, it is an interesting fact that the Ottomans did not ever control Oman and the central region of the Arabian Peninsula, known as Nejd. This map was published by A. Arrowsmith, hydrographer to His Majesty, in 1828.