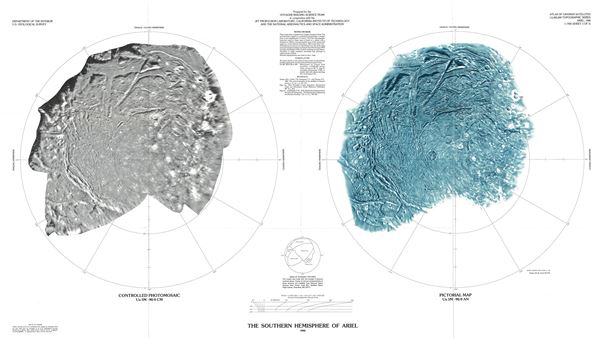 This map was prepared for the Voyager Imaging Science Team in cooperation with the Jet Propulsion Laboratory, California Institute of Technology, and the National Aeronautics and Space Administration and published by the U.S. Geological Survey as Atlas of Uranian Satellites Topographic Series map I-1920 sheet 2.