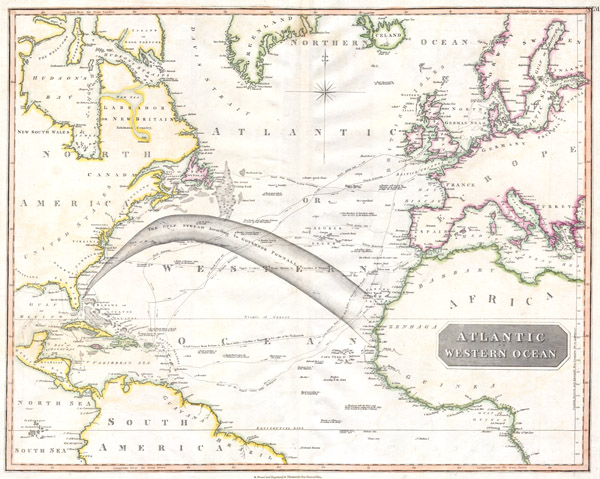 This fascinating hand colored 1814 map by Edinburgh cartographer John Thomson depicts the northern part of the Atlantic Ocean. Extends as for north as Iceland and as far south as Brazil and the Congo. Made during the Napoleonic wars, this stunning map includes references to important battles and nautical routes of the period, including the route taken by Lord Nelson in pursuit of the French in 1805. Also includes path of the Insurgent, which disappeared in the West Indies after being harassed by the French navy, eventually giving rise to the Bermuda Triangle legend. Features a host of nautical notations on the Gulf Stream current, breakers, banks, trade winds and even a supposed 'Maalstroom very Uncertain (West of the Cape Verde Islands).' Inland detail is minimal though important port cities and regions are noted.