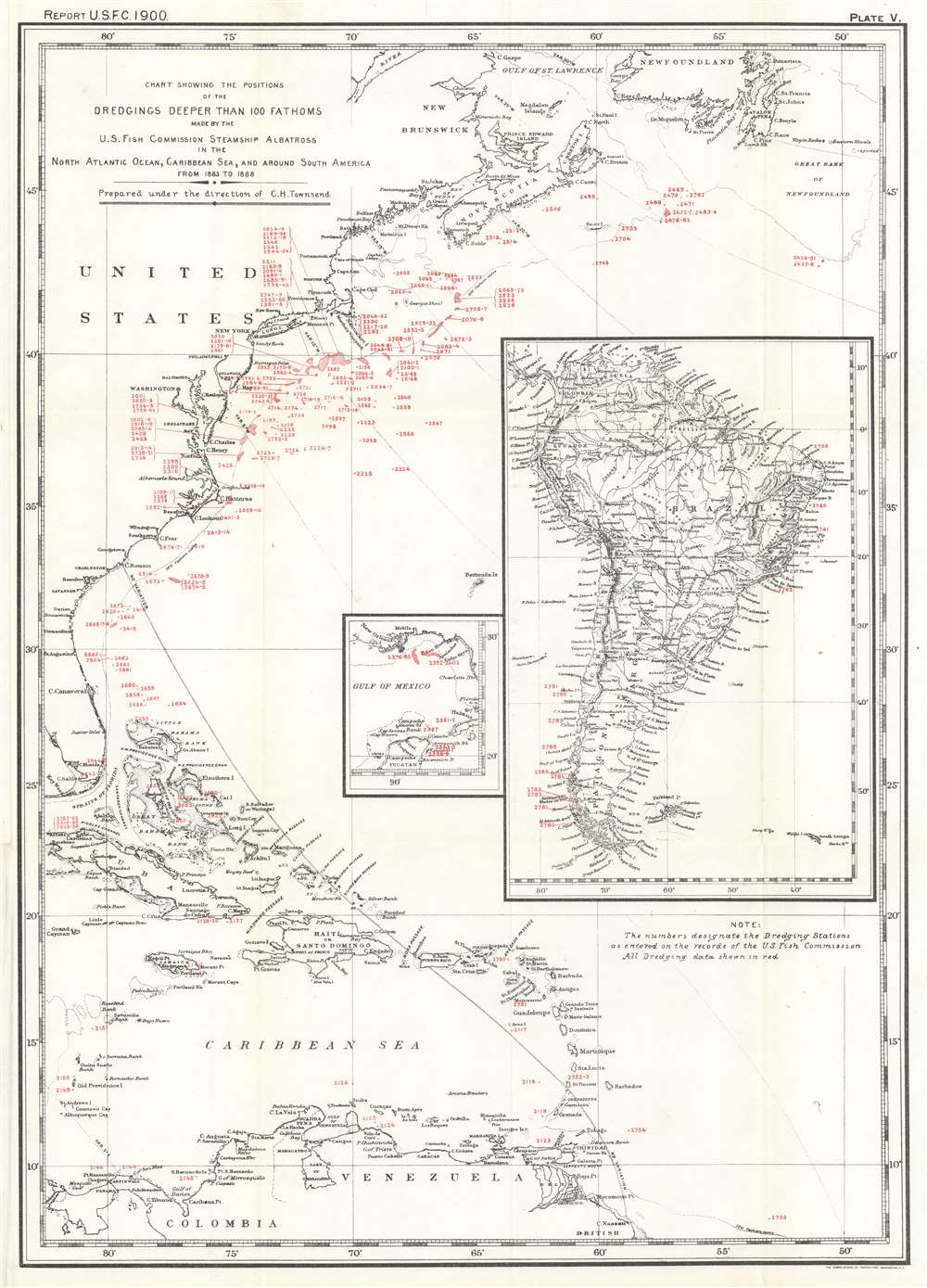 The work of the USS Albatross throughout the Atlantic Ocean and eastern Caribbean Sea on her way to the Pacific.
$250.00

This is a 1900 C. H. Townsend and U.S. Fish Commission map of Atlantic Ocean Caribbean Sea floor samplings deeper than 100 fathoms. Red numbers identify these dredging locations and can be correlated with detailed data in USS Albatross archives. Stretching from Gulf of St. Lawrence south to northern South America including the Greater and Lesser Antilles and the Bahamas, dredgings marked were collected by the Albatross between 1883 and 1888. A large inset along the right border illustrates the entirety of South America and notes dredgings taken by the Albatross off the coast of Brazil and Chile. A smaller inset focuses on the Gulf of Mexico from New Orleans along the U.S. Gulf Coast to the Florida Keys and south to the Yucatan, with dredgings noted in the Gulf south of Mobile and around the Yucatan Peninsula.

This map was created under the supervision of Charles Haskins Townsend for the U.S. Fish Commission. It was published in the 1900 U.S. Fish Commission report to Congress and printed by the Norris Peters Company. Neither the separate map nor the report in which it was printed are cataloged in OCLC.

Report of the United States Commissioner of Fish and Fisheries for the Fiscal Year Ending June 30, 1900.

Very good. Exhibits light wear along original fold lines. Left side remargined.
Looking for a high-resolution scan of this?