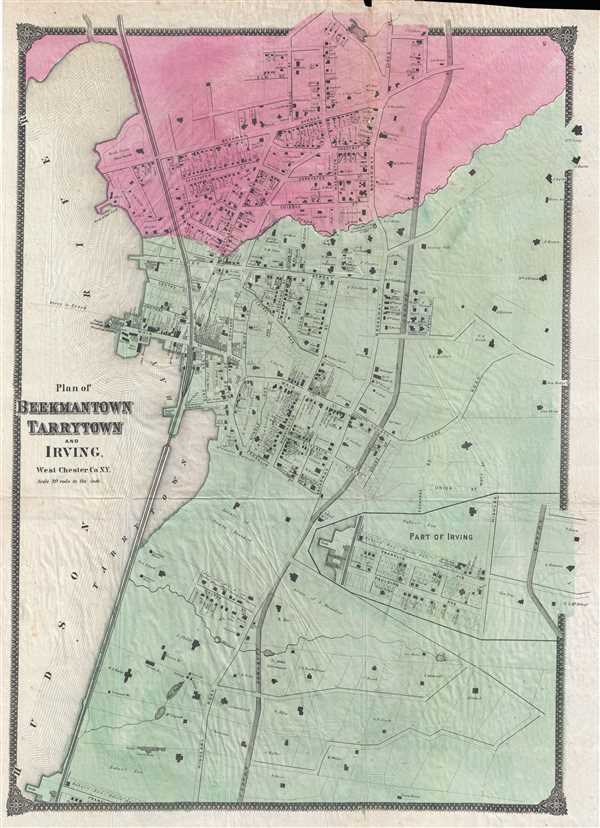 Tarrytown - the setting for the iconic 19th century short story 'The Legend of Sleepy Hollow'!

This is an 1867 Frederic Beers map of Beekmantown, Tarrytown, and Irving, New York. The map depicts the region along the Hudson River known as the Tappen Zee in extraordinary detail, with individual buildings (with the names of their owners!) illustrated in both Tarrytown and Beekmantown. Estates outside the towns are also depicted in detail, from the boundaries of each individual estate down to the shape of the mansions and the proprietor's names. Tarrytown is a prominent town in the area and the location of the important Tappen Zee Bridge. It is also the setting for the wonderful 19th century short story The Legend of Sleepy Hollow. The Hudson River Line is also illustrated.

This map was produced by the prominent 19th century American map publisher Frederic Beers in his seminal 1868 Atlas of New York and Vicinity.