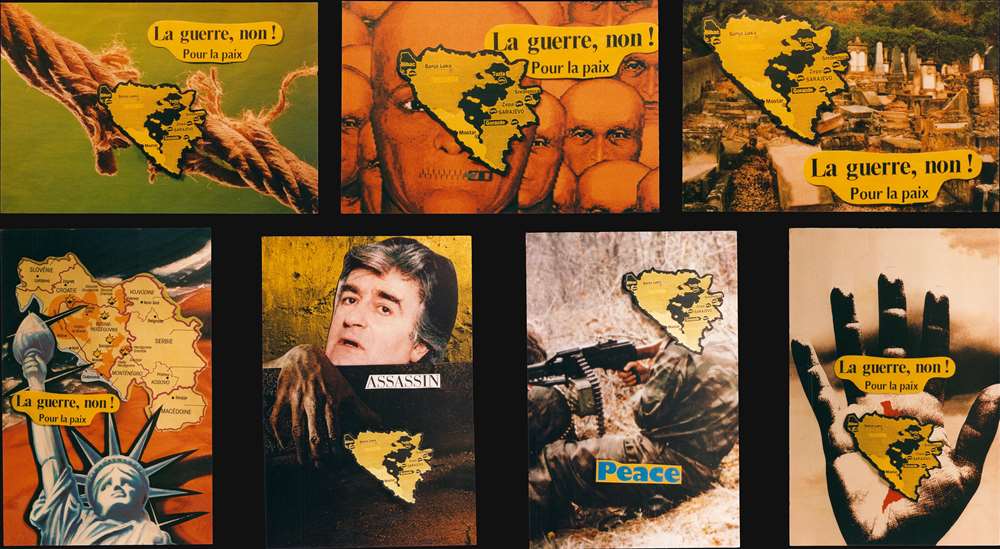 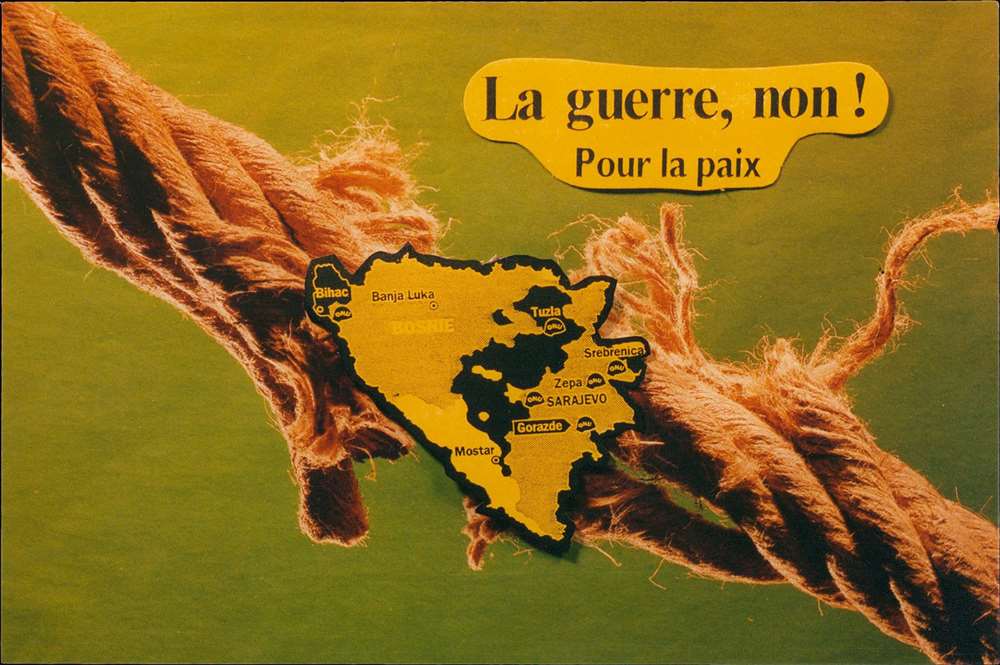 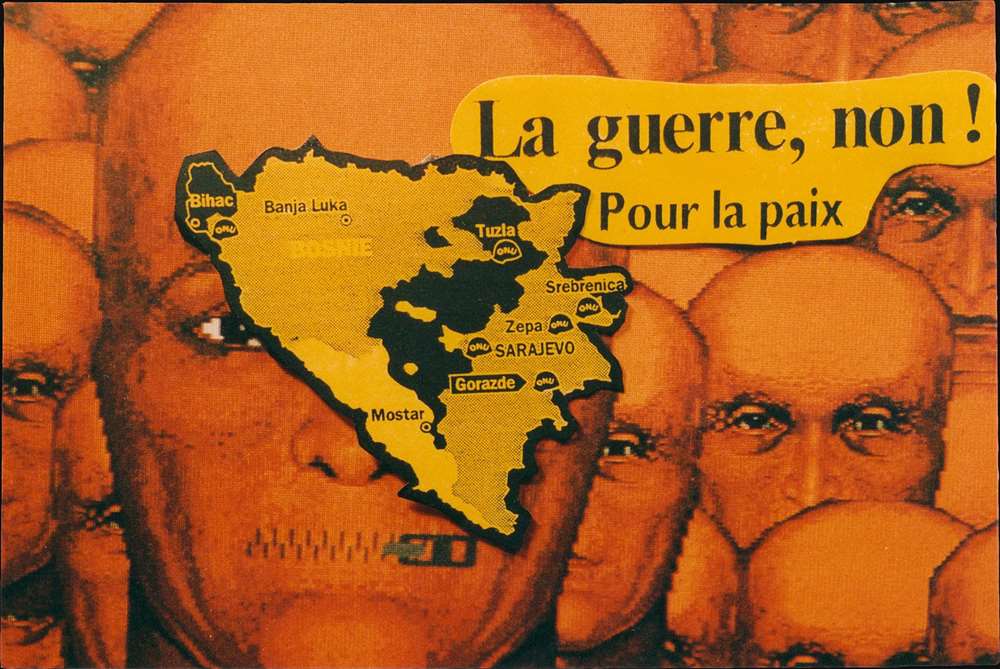 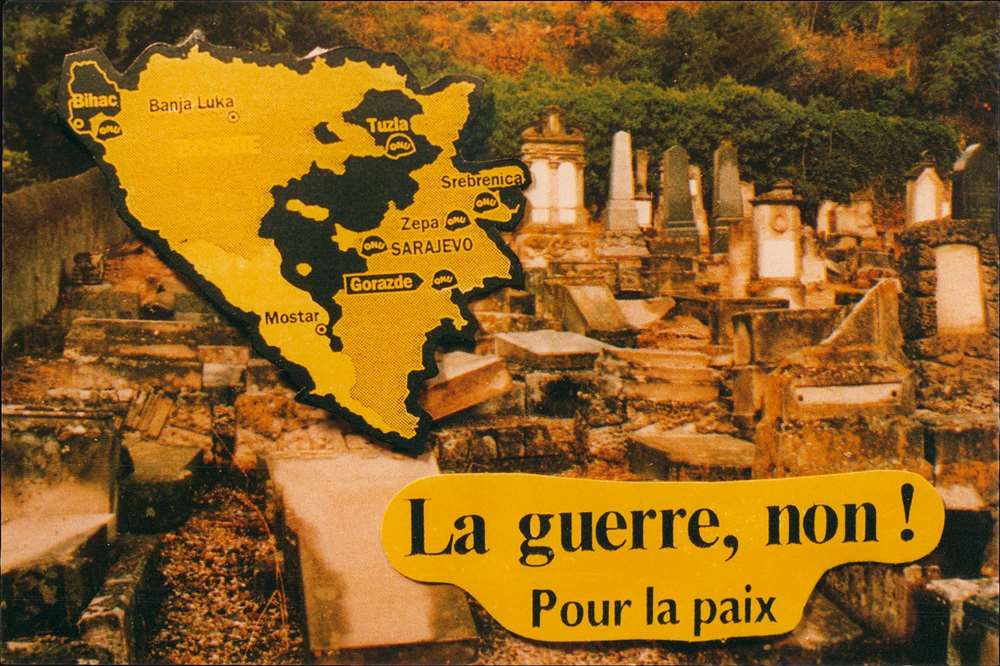 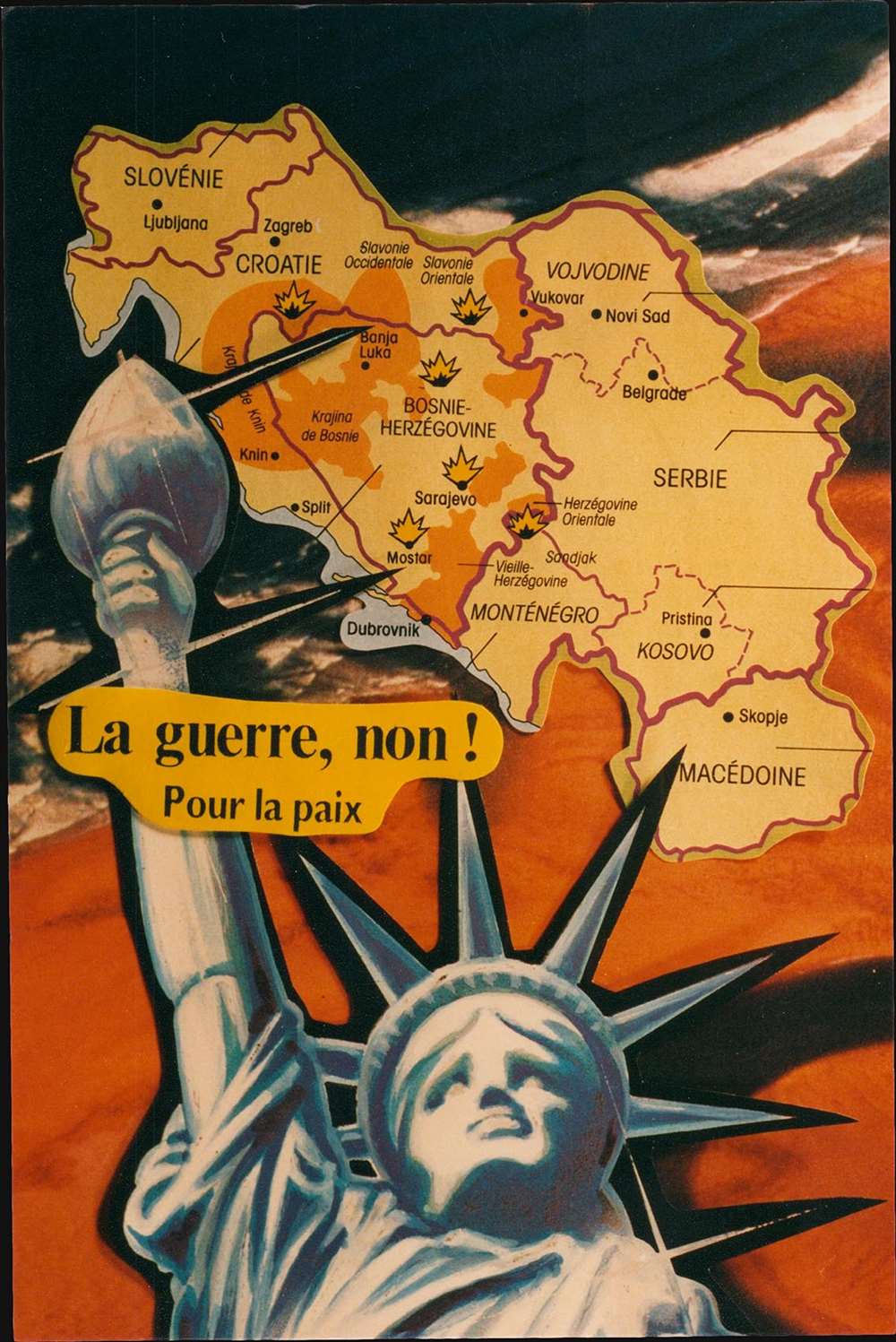 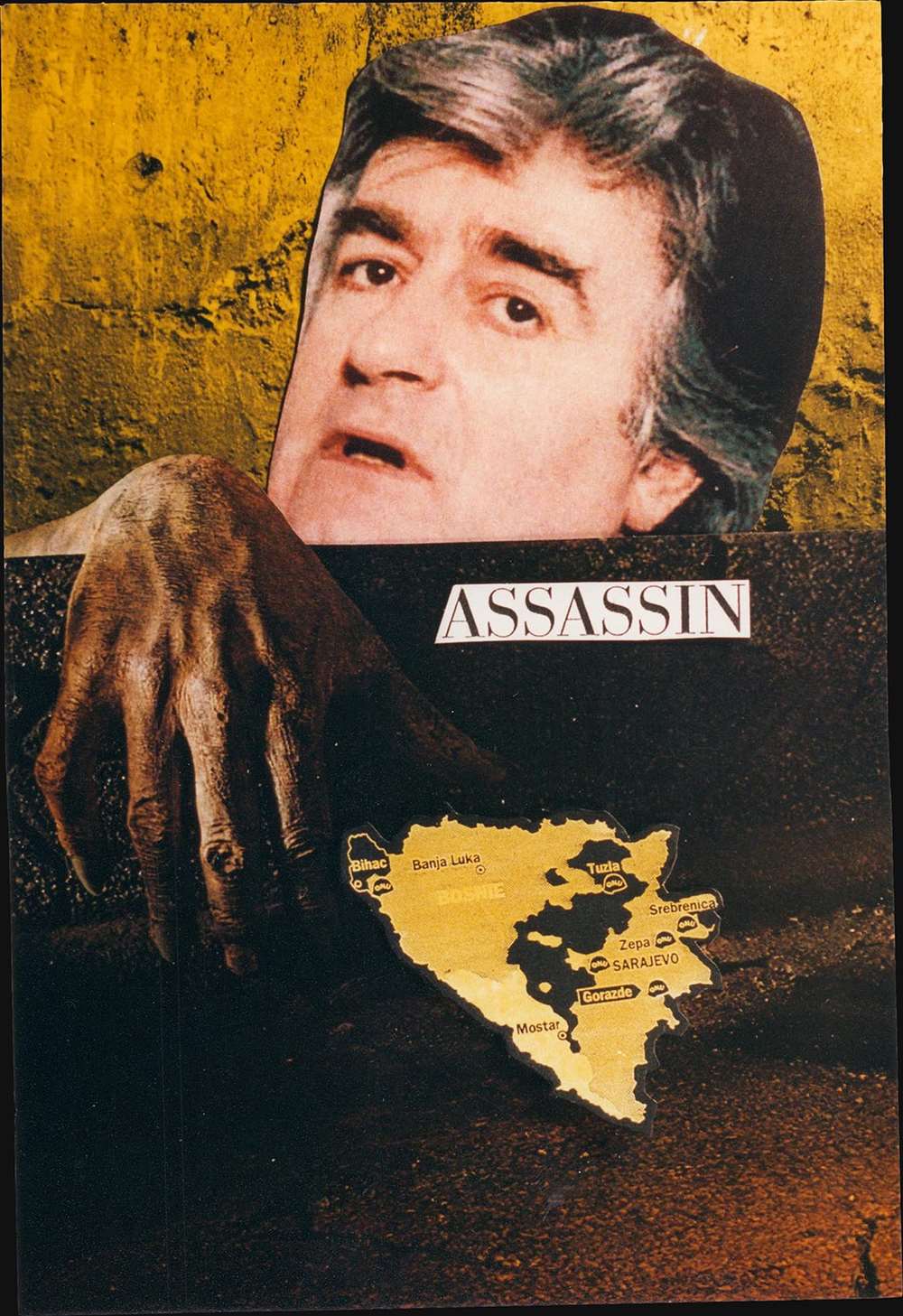 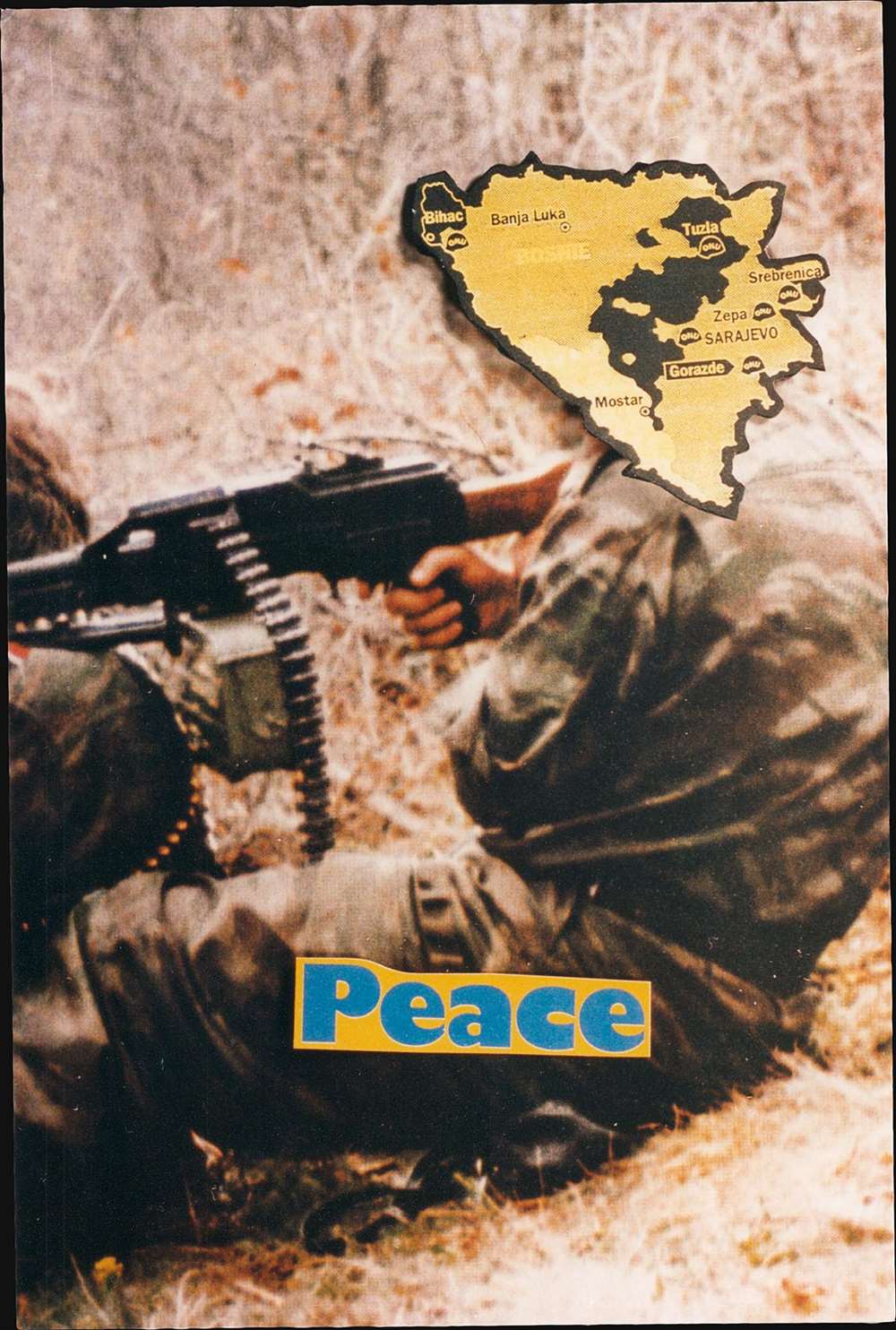 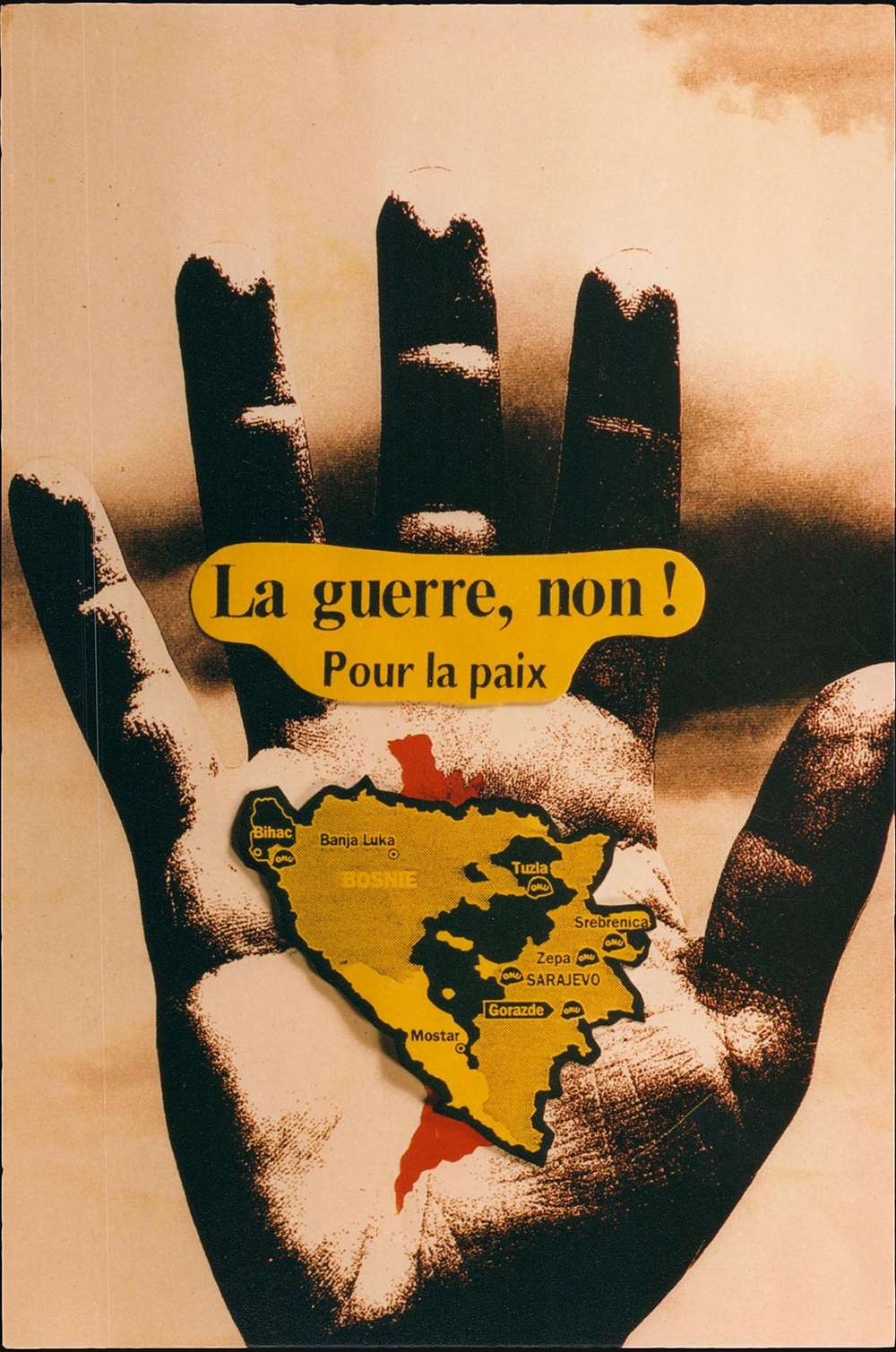 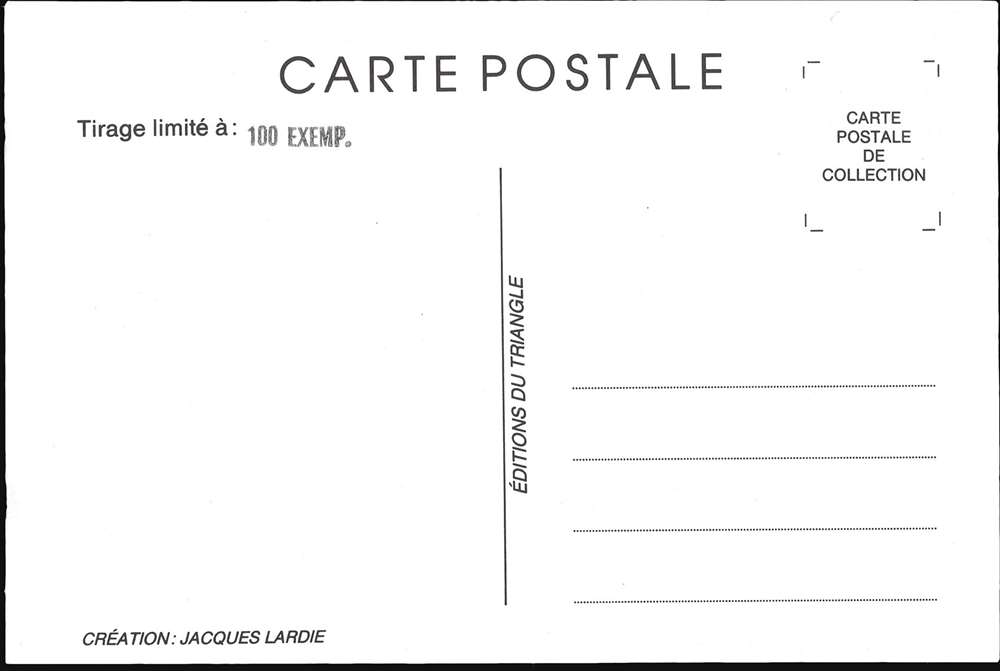 This is a c. 1994 set of seven (7) limited-edition postcards created and published by Jacques Lardie. Six of the seven postcards feature of map of Bosnia and Herzegovina that marks cities occupied by the United Nations. The seventh postcard bears a map of the entirety of former Yugoslavia divided into the new nations of the Balkans. Explosions mark cities where major combat took place.

Lardie's artwork accompanies each map. One features an open hand with a bloody palm, while others show a fraying rope, a cemetery, and a soldier with a machine gun. Still others bear composite illustrations, such as faces with zippers for mouths. Another has a photo of Radovan Karadžić, the former president of the Republika Srpska, who was found guilty of genocide, crimes against humanity, and war crimes. The seventh card is a composite map of former Yugoslavia with a stylized version of the Statue of Liberty.

This set of postcards was created by Jacques Lardie and published by Les Éditions du Triangle, c. 1994. Each card was published in limited edition of 100 examples. We have been unable to locate another complete set.

Jacques Camille Lardie (b. June 26, 1947) is a French photographer, lithographer, editorial cartoonist, investigative journalist, caricaturist, and sculptor. Born in Périgueux, Lardie, known by several pseudonyms, the most prominent of which is 'Jihel', is known for creating posters, postcards, and political cartoons. Many of his postcards feature photographic portraits of famous people, including French and British politicians. Lardie founded to publishing houses, Êditions du Triangle and Éditions de la canetille. He is also known for several series of cards, which are focused on the Mona Lisa, absinthe, and freemasonry, respectively. Many of his sets of postcards are limited edition of 100 examples of each card. Learn More...

Very good. Set of seven (7) postcards. Each postcard bears a stamp on verso stating that printing was limited to 100 examples.