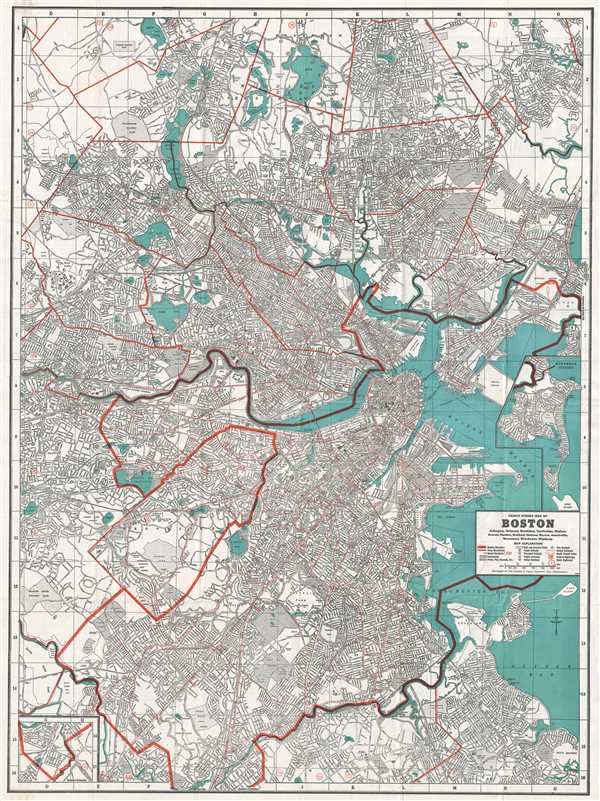 This is a beautiful 1939 map or plan of the city of Boston, Massachusetts and its surroundings issued by The George F. Cram Company, Inc. It covers from Woburn south to Hyde Park and from Belmont east to Boston Harbor. Includes the areas of Arlington Belmont, Boston, Brookline, Cambridge, Chelsea, Everett, Malden, Medford, Melrose, Revere, Somerville, Watertown, Winchester, and Winthrop.