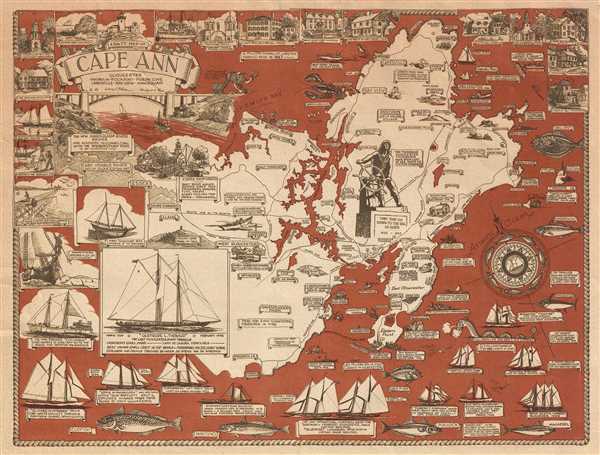 A scarce and unusual map, this is a 1948 Larry O'Toole pictorial map of Cape Ann, Massachusetts. Cape Ann is in northeastern Massachusetts, about 30 miles from Boston. Cape Ann marks the northern limit of Massachusetts Bay. A richly illustrated map, A Salty Map of Cape Ann is almost interactive and is full of both historical and practical information about the area. Most of the practical information seems to be aimed at weekend visitors, making claims that 'the best sport fishing on the east coast' is off Cape Ann, or that there is good fishing for 'landlubbers' on Dog Bar Breakwater. Contemporary facts about the area are also given, such as '6 million pounds of lobster handled here in 1947'.