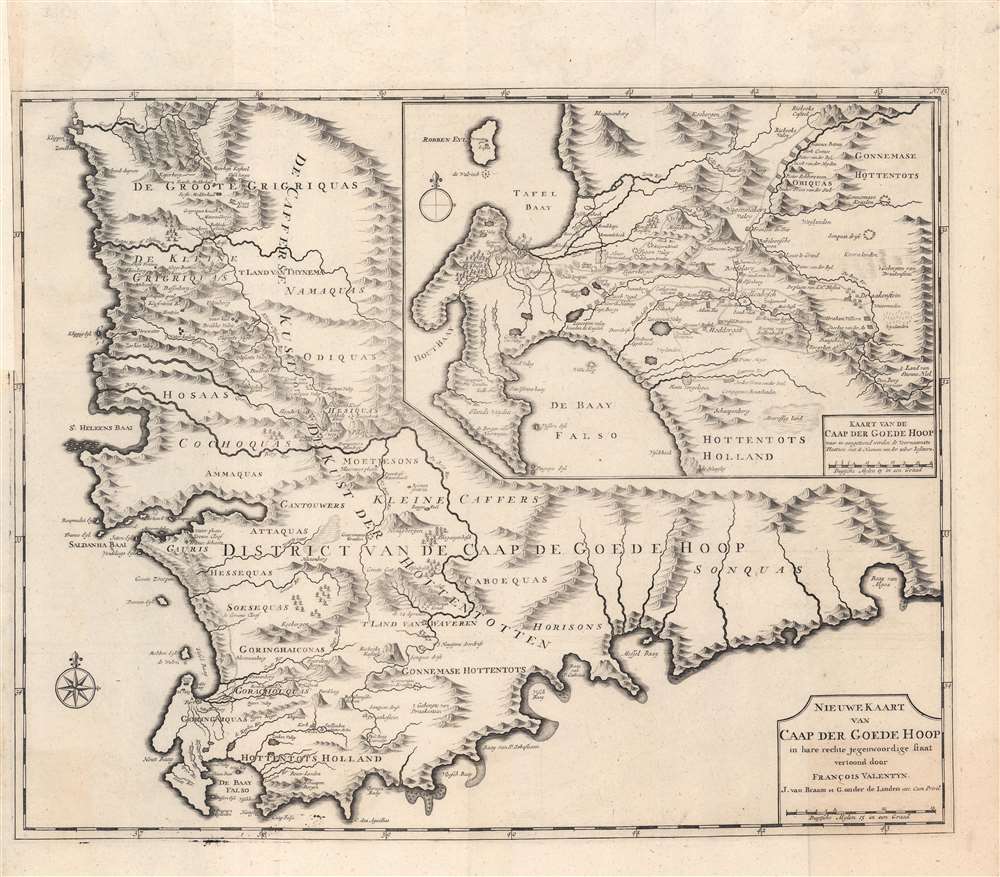 A beautiful and remarkable 1726 map of the Cape of Good Hope, South Africa, by Francois Valentijn. This map actually comprises of two important maps on a single sheet. The primary map details the Cape of Good Hope from the Doornbosch River to the Baay van Algoa (Algoa Bay). The second map, appearing in the upper right quadrant offers a closer detail of the modern day Cape Town region from Robben Island to False Bay and east as far as Draakenstein. Both maps offer exceptional inland detail with landholders noted throughout - an exceptionally valuable resource for anyone studying the early development of the Cape. Being one of the earliest sophisticated maps of the region, Valentijn's chart was used as a model by numerous subsequent cartographers.

This map was issued in Amsterdam in Francois Valentijn's 1726 Oud en nieuw Oost-Indien. It was published by Joannes van Braam and Gerard onder de Linden, whose names appear on the imprint. Today this important map is very scarce.