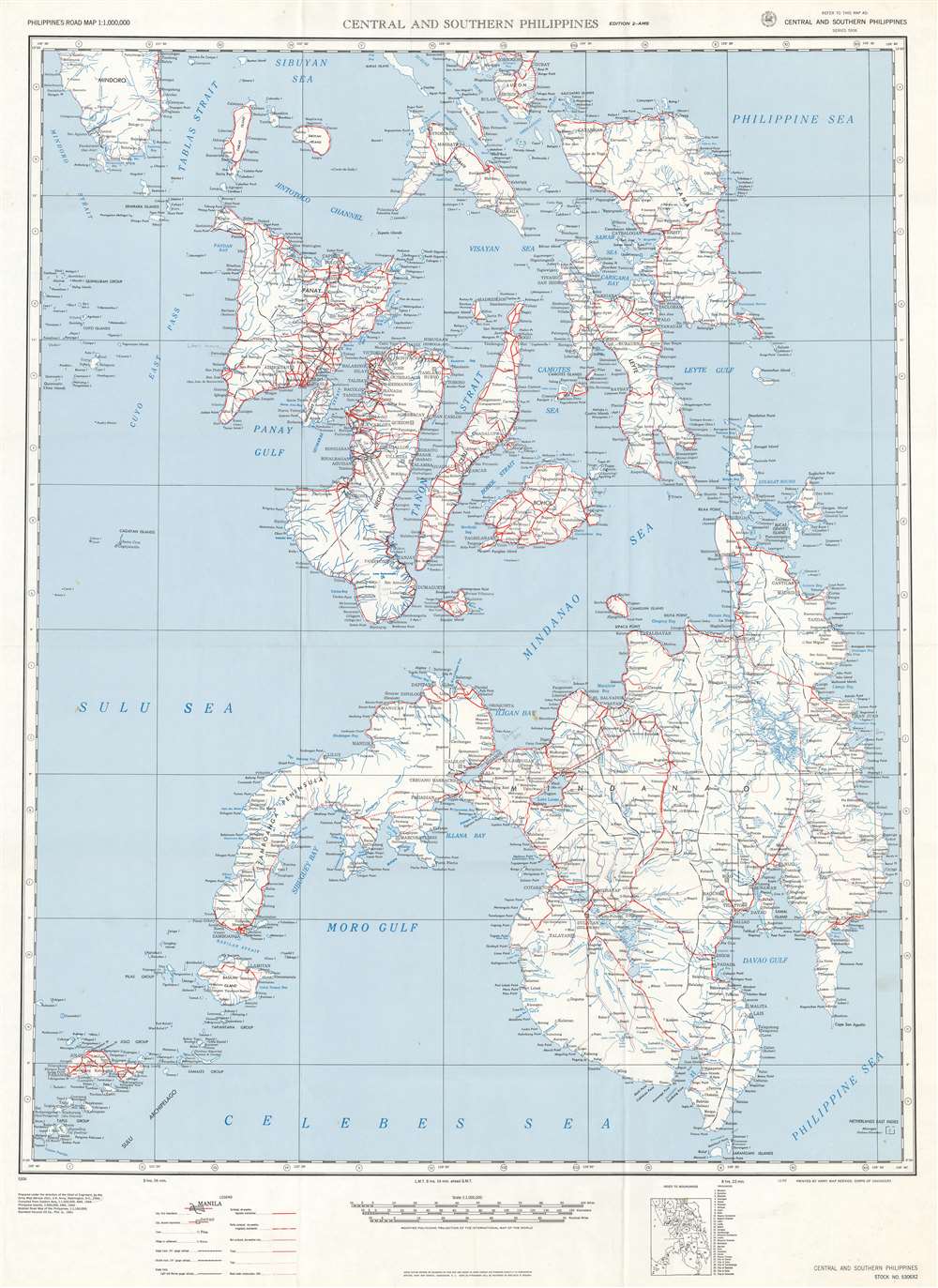 Identifies many major islands in the archipelago, including Mindanao, Leyte, Cebu, Negros, and Panay.
$300.00

This is a 1944 Army Map Service map of the central and southern Philippines. The map depicts the region from the Mindoro Strait to Mindanao and the Philippine Sea and from Luzon and Mindoro to the Celebes Sea and the Sulu Archipelago. Created as a road map for U.S. and Allied armed forces, bright red lines highlight the 'surface, all-weather, regularly maintained roads throughout the illustrated islands. Other depicted roads decline in grade, from those that are only partly surfaced and could be relied upon only in dry weather to simple trails, are identified by different symbols which are explained in detail in a legend situated along the bottom border. Roads that were under construction as of 1941 are marked by two parallel dashed lines. Apart from the roads, myriad cities, towns, and villages are labeled throughout, with many of the smallest islands not having any identified settlements. Seas, straits, passages, gulfs, and sounds are all identified as well with blue block lettering.

This map was created and published by the Army Map Service of the United States Army in 1944. It is well represented in institutional collections but is scarce on the private market today.