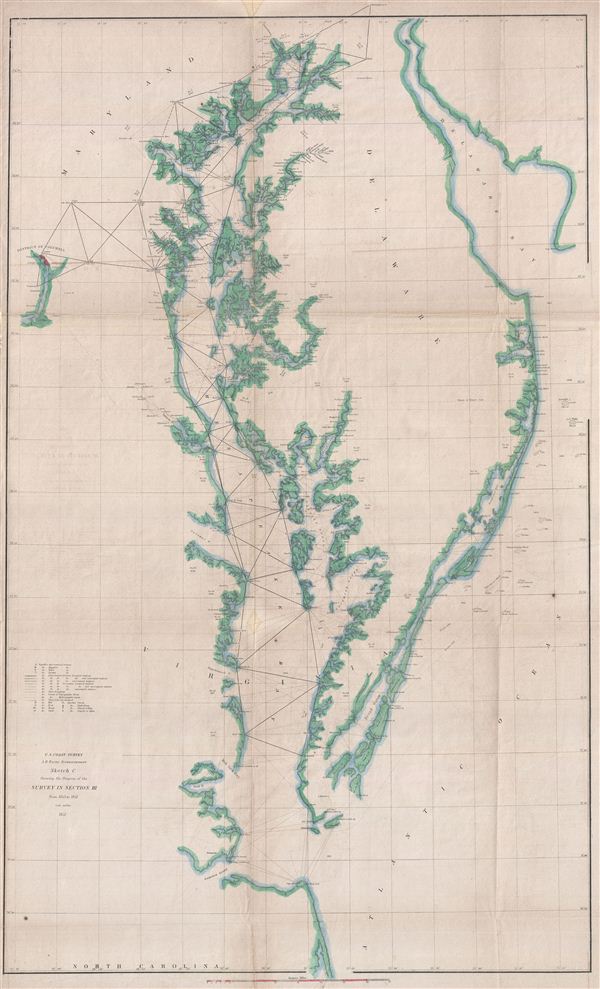 One of the rarest and most desriable U.S. Coast Survey report maps of the Chesapeake Bay.