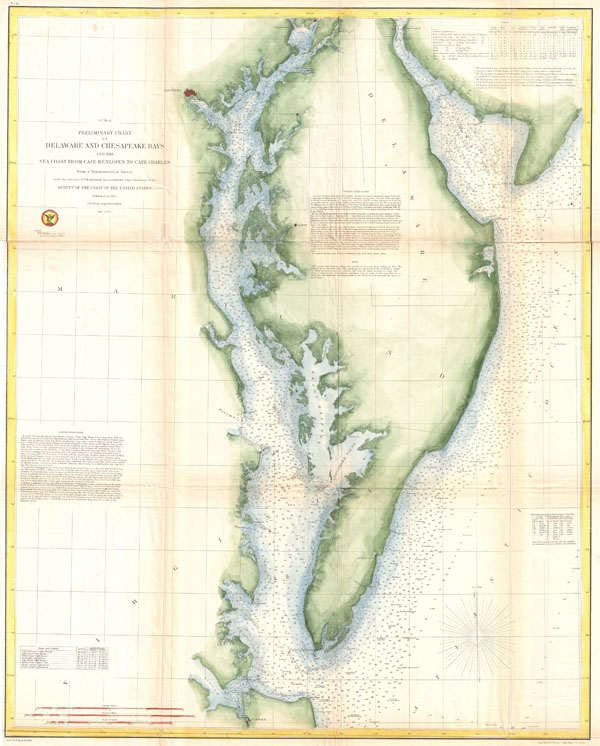 One of the first complete U.S. Coast Survey mappings of the Chesapeake and Delaware Bays.

This is one of the earliest iterations of the U.S. Coast Survey's project to fully map and chart the waters of the Chesapeake Bay and Delaware Bay. This chart is based on survey work initiated in 1855 and has been updated to 1893. Covers from Charleston south as far as Cape Henry and Norfolk. Includes both the Chesapeake Bay and Delaware Bay in full, as well as small portions of the Potomac River, Rappahannock River, York River, James River, Patapsco River, and Patuxent River. Identifies Cape May, Charleston, Baltimore, Annapolis, Chestertown, Easton, Cambridge and Norfolk. Countless depth soundings throughout. There are sailing instructions at the center of the map, in Delaware, as wall as in the lower left quadrant. Notes on tides and the making of the chart appear in the upper right quadrant. Prepared under the supervision of Ferdinand Hassler and A.D. Bache for the 1855 edition of the Superintendent's Report.