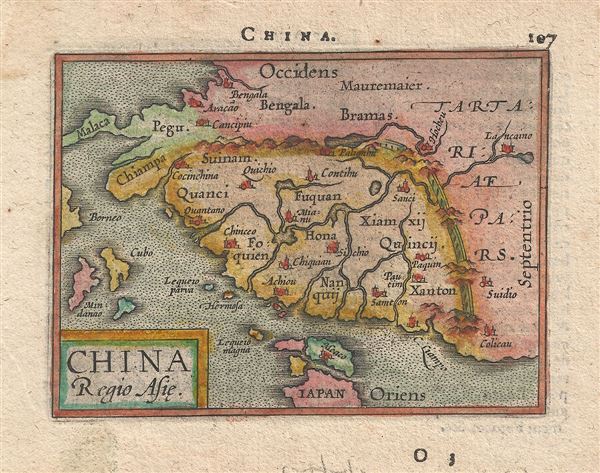 An attractive old color miniature map of Asia from the c. 1598 pocket edition of Ortelius' Theatrum Orbis Terrarum. Oriented to the west and centered on China, this map covers from Malaya and Borneo to the Great Wall, and from the Bay of Bengal to Japan. The great wall is featured prominently and many place names within China are noted. The map identifies Formosa, Mecao, and Mindanao, among other destinations. Finely engraved with French text on Verso.