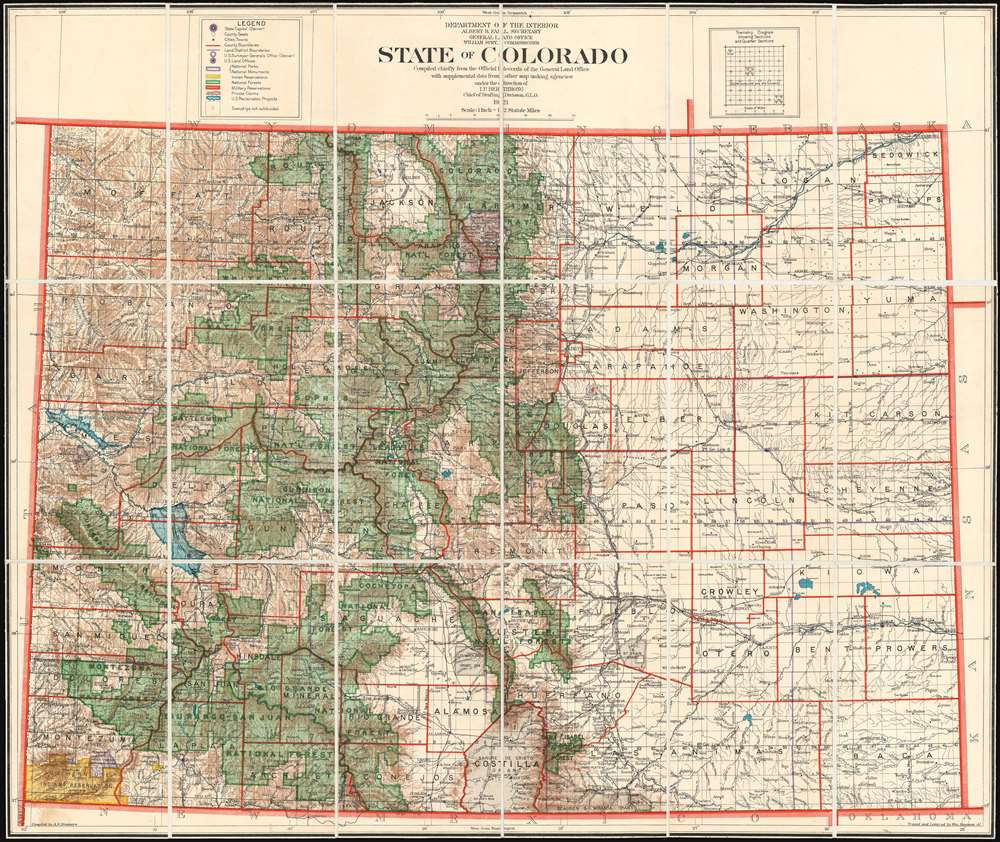 Scarce official map of Colorado published by the GLO.
$950.00

This is a highly detailed large format map of Colorado issued by the General Land Office in 1921. The map covers the entire state with color coding designating National Forests (Green), American Indian Reservations (Yellow), National Parks (Purple), Military Reserves (Red), and Reclamations Projects (Blue). The major reclamation projects, which take the form of enormous irrigation dams, appear here in western Colorado and include the Grand Valley Project and the Uncompaghre Projects. Lesser reservoirs appear here and there throughout.

This map was compiled by A. F. Dinsmore, traced and lettered by William Bauman, Jr. and published by the Department of the Interior General Land officer under the supervision of Ithamar Parsons Berthrong. It was published in various editions from about 1910. The map is well represented institutionally, but uncommon on the private market.


Ithamar Parsons Berthrong (February 26, 1853 - July 29, 1936) was an American surveyor, inventor, and draftsman active with the General Land Office of the U.S. Department of the Interior. Berthrong was born in Rochester, New York. He was made chief of the drafting division on March 23 of 1907. He is associated with many of the most important early 20th century maps issued by the GLO, among them, important maps of Arizona, Colorado, Wyoming, Oregon, Washington, and more. Learn More...