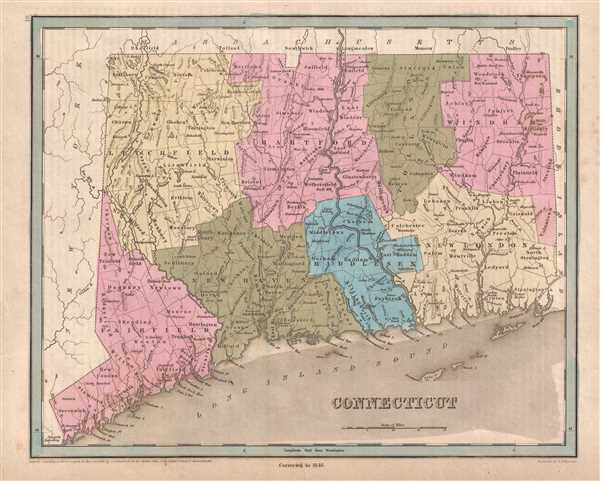 This is an 1846 Thomas G. Bradford map of Connecticut. The map depicts the region from New York to Rhode Island and from Massachusetts to Long Island Sound. As is the case among many maps from Bradford's A Universal Illustrated Atlas, the recently constructed rail network throughout Connecticut is highlighted.

Like all of Bradford's maps, each county is illustrated, labeled, and shaded a different color to allow for easy differentiation. Individual townships are also labeled, along with numerous cities and towns, such as Hartford, New Haven, and New London. The Farmington Canal, a private canal built to provide water transportation from New Haven to Hartford and beyond, is also illustrated.