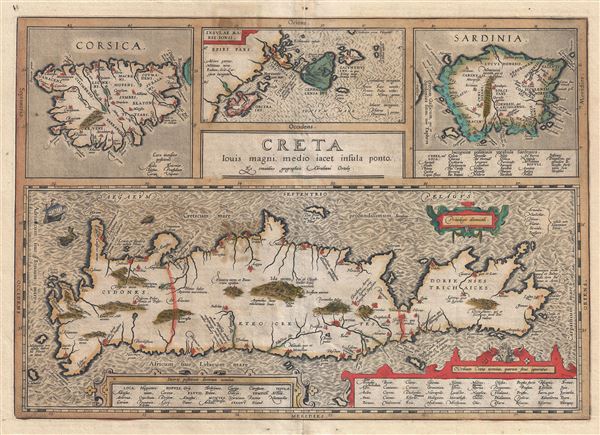 A scarce 1606 old color Abraham Orteilus map of the Mediterranean island of Crete, Corsica, Sardinia, and the Ionian Islands in antiquity. Essentially four maps on one sheet. The upper left map details Corsica, the top center map the Ionian Islands, the Upper right map Sardinia, and the primary map, for with the entire sheet is named, presents Crete. This map was prepared and issued for the 1606 English edition of the Orbis Theatrum Terrarum, of which 300 were issued. Corresponds to third or 1601 plate.