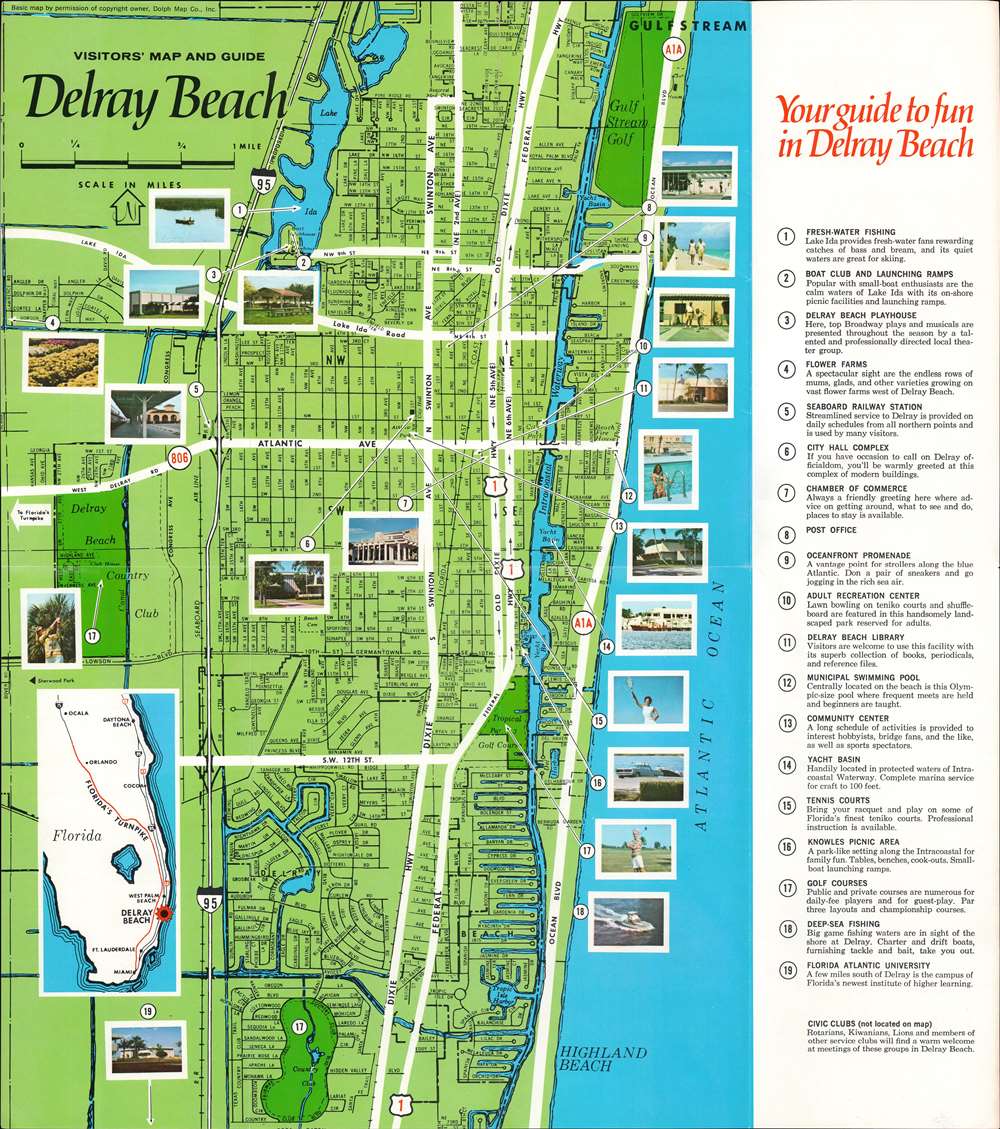 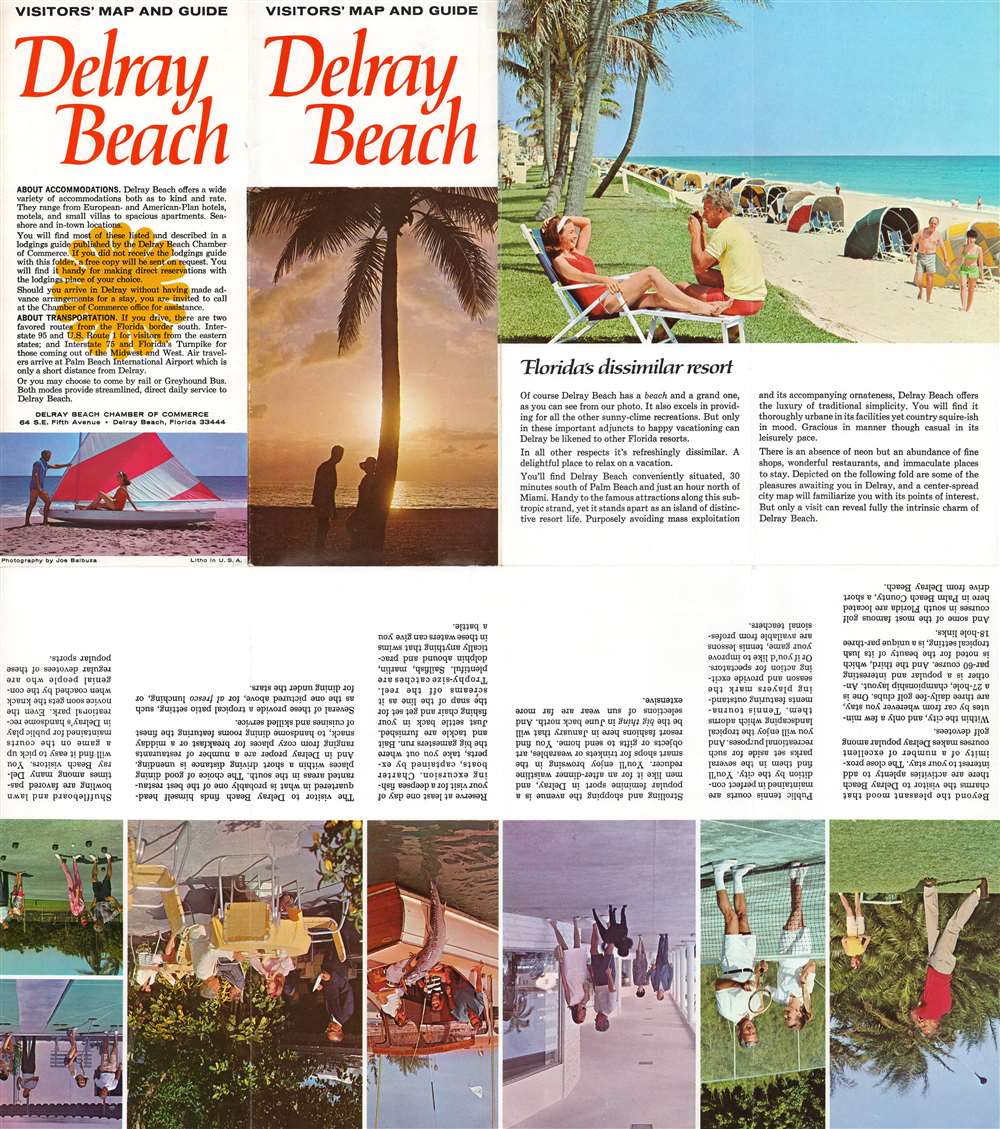 This is a c. 1965 Dolph Map Company tourist city plan or map of Delray Beach, Florida. Printed photographs mark nineteen locations across Delray Beach, including the flower farms, the oceanfront promenade, and the boat club. Other identified locations include the post office, the chamber of commerce, and City Hall. Two country clubs and two golf courses are prominently illustrated. Thick white lines highlight important thoroughfares, while thin black lines mark and label streets. An inset along the left border situates Delray Beach in relation to Miami, Orlando, and Daytona Beach.

This map was created by the Dolph Map Company and published by the Delray Beach Chamber of Commerce c. 1965.