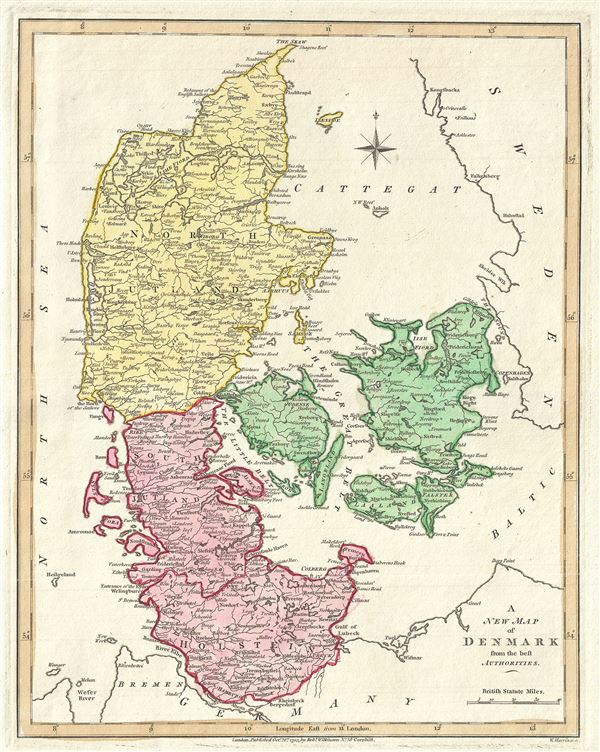 This is a finely detailed 1793 map of Denmark and Holstein, by Robert Wilkinson. It covers all of Denmark including the Duchy of Holstein.

This map was engraved by Thomas Conder and issued as plate no. 5 in the 1792 edition of Robert Wilkinson's General Atlas.