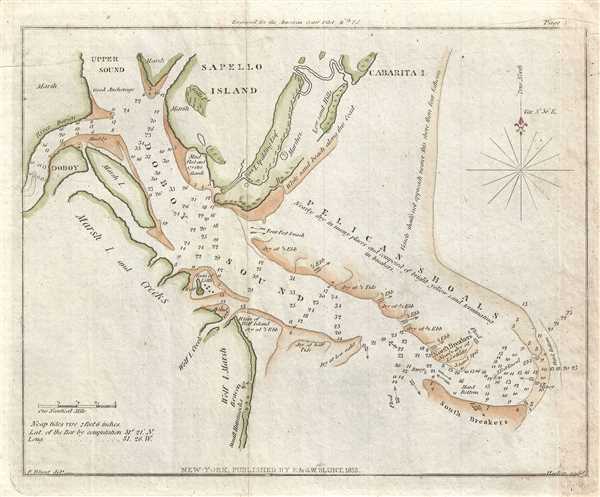 Early map of Sapello Island and Doboy Sound in Georgia.

This is a beautiful 1833 nautical chart or maritime map of the entrance to Doboy Sound, Georgia by Edmund Blunt. It covers the part of Sapelo Island, Marsh Island, Cabarita Island and Pelican Shoals and notes the north and south breakers. Numerous depth soundings are noted throughout along with the direction of the currents.

The chart notes the property of Thomas Spalding Esqr., the noted farmer of Sapelo Island, who cultivated Sea island cotton and introduced the manufacture of sugar to Georgia. This map was engraved by Hooker Sc. for issue in the 11th edition of the American Coast Pilot published by Edmund and George W. Blunt in 1833.