1792 Wilkinson Map of the Duchy of Silesia, Poland 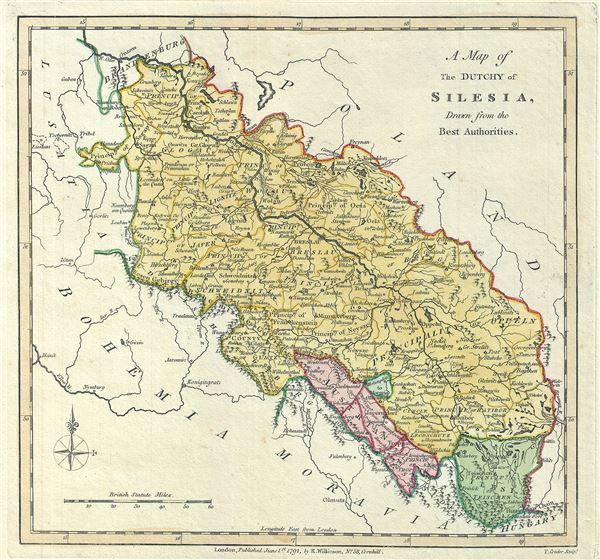 1792 Wilkinson Map of the Duchy of Silesia, Poland

This is an unusual 1792 map of Silesia by Robert Wilkinson, in what was then part of the Holy Roman Empire. The map details the principalities within this duchy, which was bordered by Poland, Hungary, Moravia, Bohemia and Lusatia. It notes numerous towns, rivers, cities, mountains, forests and other topographical features.

Silesia passed from Habsburg to Prussian control in 1740. In 1806, NapoleonÃ‚Â's French forces invaded, dissolving the Holy Roman Empire and ultimately inspiring the events leading to the unification of Germany in 1871. After two world wars, Silesia has today splintered into German, Austrian, Czech and Polish Silesia.

This map was engraved by Thomas Conder and issued as plate no. 20 in the 1792 edition of Robert WilkinsonÃ‚Â's General Atlas.