1754 Tirion Map of the East Indies 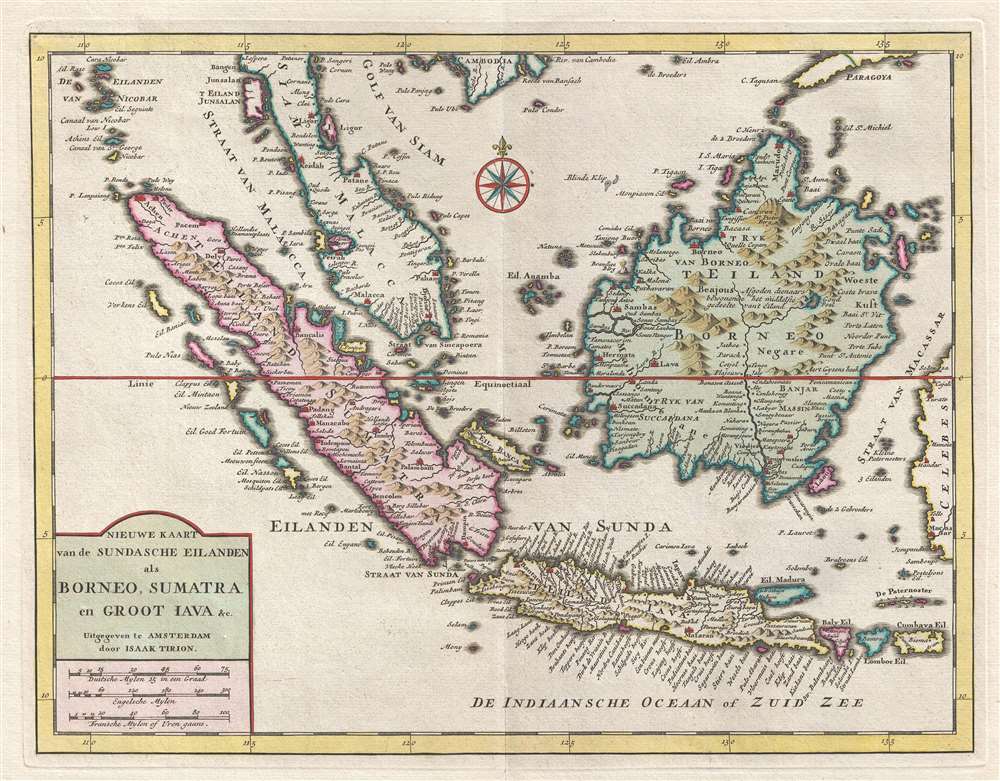 1754 Tirion Map of the East Indies

This is a 1754 Isaak Tirion map of the East Indies and the Malay Peninsula, including modern day Singapore. The map depicts the region from the Nicobar Islands to Celebes, Indonesia and from Cambodia to Java. This part of the world quickly became the center of the Dutch East Indies and was one of the most valuable colonies in the Dutch Empire. Although the Dutch maintained a presence in the region from the beginning of the 17th century until independence was declared in 1945, their control over the archipelago was always tenuous at best. At the time of this map's creation, Dutch territorial conquests in the region had not spread much further than approximately half of Java and the city of Malacca, located on the Malay Peninsula.

A beautifully colored piece, myriad locations are labeled throughout, including cities, towns, and small villages situated both along the coast and inland. Numerous smaller islands are labeled, as are several small archipelagos. This map was created by Isaak Tirion and published in Amsterdam in 1754.