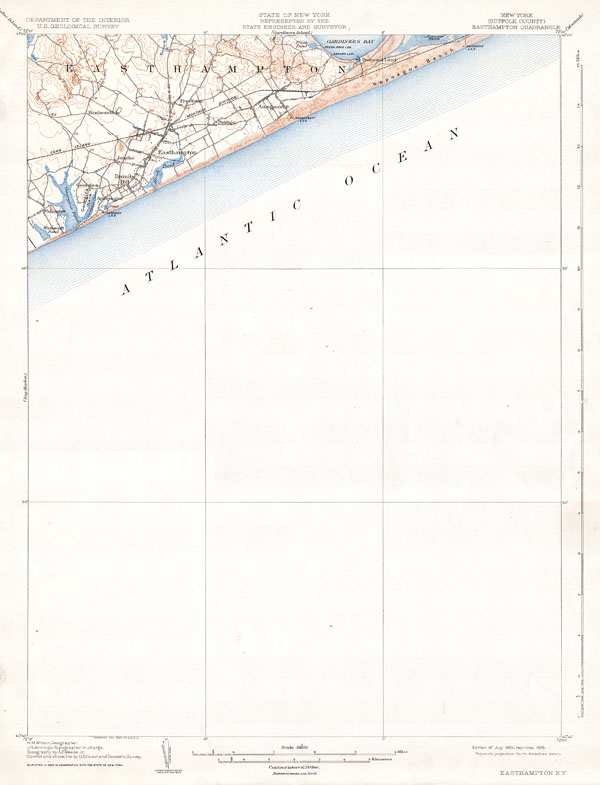 This beautiful and fascinating topographical chart depicts the Long Island, New York region of Easthampton, From Wainscott through the town of Easthampton to Napeague Beach and Gardiners Bay. Shows the beach communities of Wainscott, Apaquogue, Georgica, Divinity Hill, Jerhico, Easthampton, Freetown, Pantigo, Amagansett, and Promised Land., and others. Highly detailed with important buildings, and trains and rail lines. A rare and stunning geological survey of this highly affluent summer resort area, and the heart of the 'Hamptons.' From the 1928 reissue of the July 1904 charts.

Fine or perfect condition. Banding that appears in images is a scanner error and not present in the actual map.
Looking for a high-resolution scan of this?